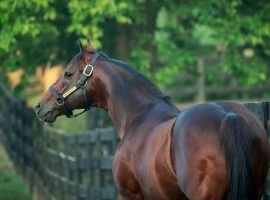 That Into Mischief became North America’s leading stallion for the second consecutive year is borne out by facts that carry weight, heft and meaning beyond the breeding shed. Yes, there’s the $225,000 stud fee he commands. That hasn’t stopped would-be filly and mare owners from beating a path to his […] 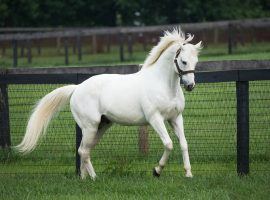 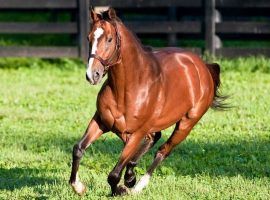 Into Mischief illustrated again why he is the most sought-after sire in North America when his suddenly hot 2-year-old, Life Is Good, won his Del Mar debut Sunday. With the victory, Into Mischief broke the North American single-season progeny earnings record. When Life Is Good romped home by 9-½ lengths […] 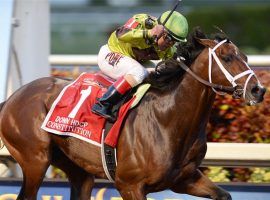 His racing career was promising, but unfulfilled – four victories in eight starts. Even being a son of standout sire Tapit, there was nothing in the crystal ball foreshadowing what awaited Constitution in the stallion shed. Which illustrates why horse breeding is such an inexact science, and why semi-royal bloodlines […]