One of the fastest growing eSports titles of the year, Blizzard Entertainment’s latest venture in the competitive gaming genre, Overwatch, mixes the best elements of the MOBA and FPS genre’s in a fast-paced, easy-play but difficult to master title that was created to be the next big player in the eSports world

With a growing community and a developer dedicated to improving on an already amazing game, Overwatch betting is the way of the future. Our readers are our priority, which is why the sites we choose to recommend are guaranteed to offer:

T&Cs Apply to All Bonuses. 18+ Only. Gamble Responsibly.

See more on our review criteria

What is Overwatch All About?

Blizzard’s fourth original franchise, Overwatch is a team-based title that features elements of the biggest competitive gaming genres in the world. Taking a leaf out of the multiplayer battle arena (MOBA), Overwatch features a diverse roster of playable heroes with unique abilities, strengths and weaknesses. Players control these heroes from a first-person-perspective, familiar to FPS players, and compete in a number of modes that are also taken directly from the FPS mold. As such, the title has seen players from both genres taking an interest in the competitive mode which focuses both on an individual’s ability as well as team-work.

Players can partake in matches in a number of different modes and on a variety of maps with modes. Teams of 6 players compete in modes such as Assault (capture a control point), Escort (escort a payload), Hybrid (a mix of Assault and Escort), and Control (similar to search and destroy, teams must hold a point until completion before moving onto capturing a new point).

Fun modes that are not featured in the competitive scene are known as Arcade games and include Capture the Flag, Deathmatch (free-for-all), and Elimination (similar to search and destroy players must capture and hold points while only having a single life per round).

A Rising Force in the eSports Scene

Following the successful launch of Overwatch, in 2016 Blizzard announced that they would be following a similar professional league structure to the main player in the MOBA genre, League of Legends.

Starting in 2018, teams of contracted players will be competing in regional leagues to earn points in order to qualify for a chance at competing for the title of Overwatch League Champions. With this additional support for teams, with Blizzard offering player salaries on top of the already enticing prize pools on offer at major tournaments, Overwatch looks set to take the 2018 eSports world by storm.

With this support from the developers, its current popularity, and the growing support of the eSports community, Overwatch is fast shaping-up to be one of the biggest eSports titles in the world and, thanks to this, betting on the title has never looked so enticing. 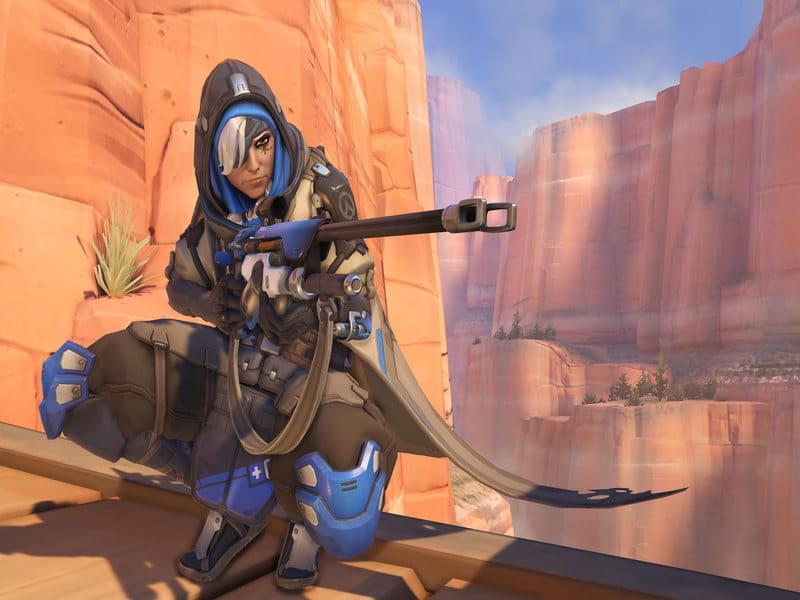 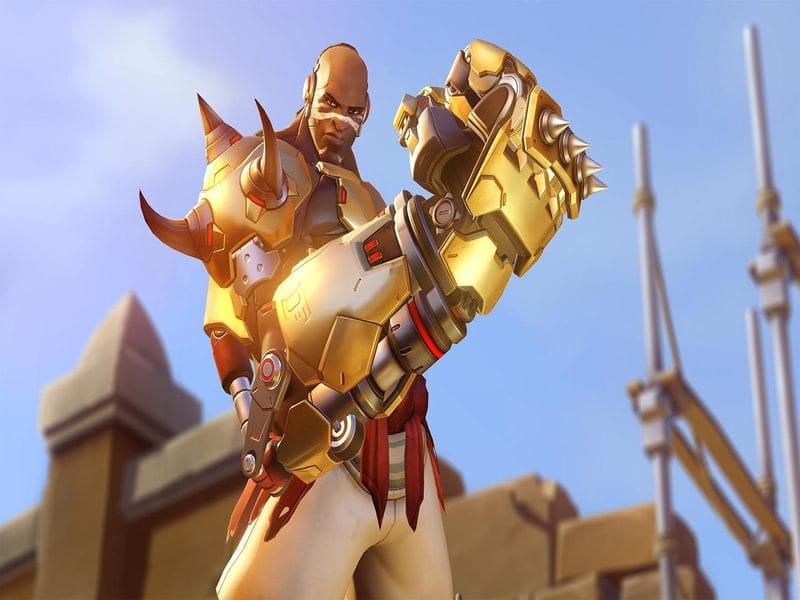 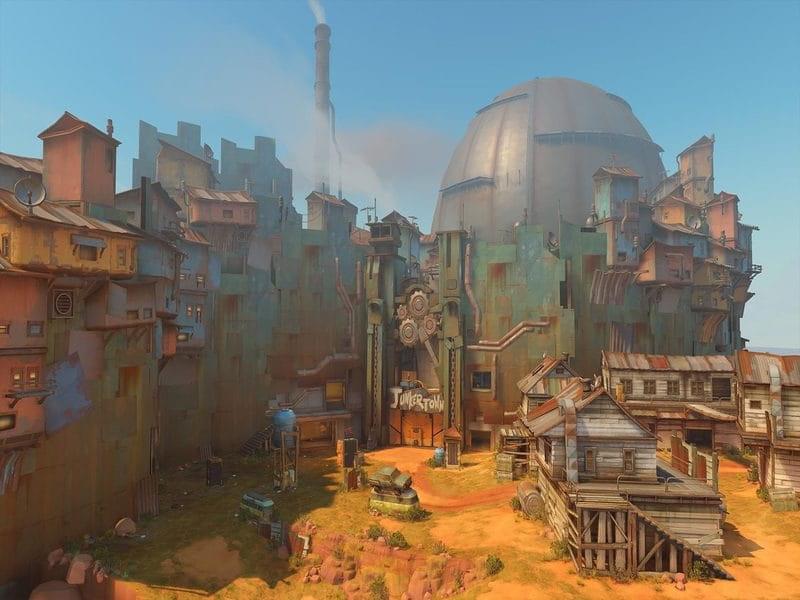 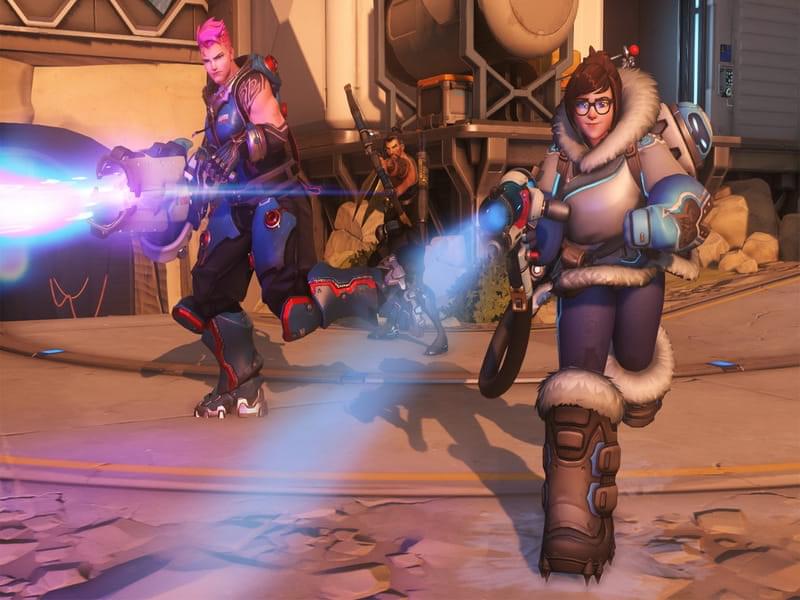 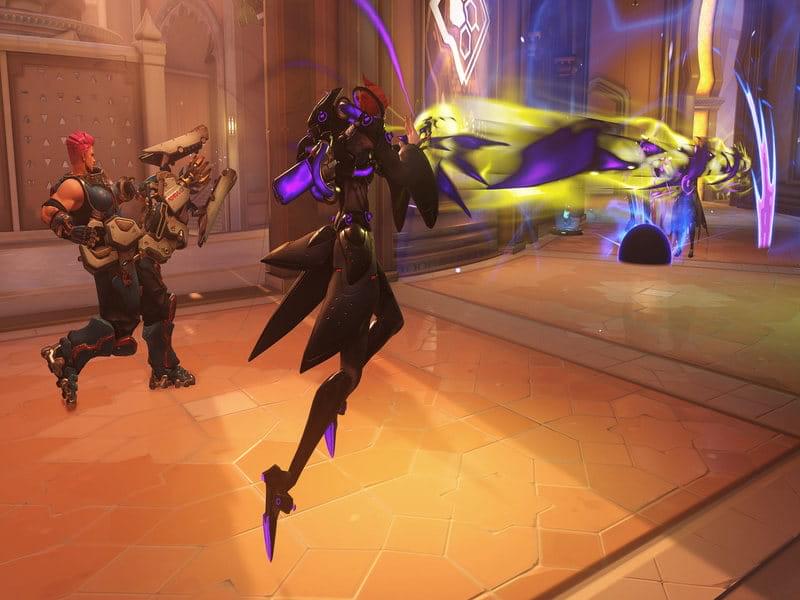 Overwatch Betting: Breaking Down the Basics

While betting on eSports may seem confusing at first, the betting process actually follows a very similar structure to traditional sports betting with bettors able to choose from a range of common betting options. These include:

Betting with Fractional Odds: The Basics of Betting Odds

Just like in traditional sports betting, the most common way bookies express odds for eSports matches is through the use of fractional odds. These odds determine how much money a bet will pay-out when won and are calculated by bookies who take into account the team’s performance at prior events, individual player ability and more.

For example, a wager with odds 4/1 means that, if the team played 4 games, they would win 1 of those matches. These odds are expressed as a fraction, hence fractional odds.

Let’s take a look at some examples of fractional odds and what they mean in terms of pay-outs:

Using fractional odds means that players can easily calculate their potential winnings on any given wager with just some basic math. Simply multiply your odds by your stake in order to work out your reward. Let’s take our 4/1 wager as an example. If you wager $5 on a team with odds 4/1 you will be paid out 4 x $5 = $20.

Maximize Your Winnings with These Top Tips

Making your money work for you is key to winning big with Overwatch betting. As such we’ve done the research and gathered together some tips to help you build your own bankroll today:

The Overwatch League: A New Way to Win with Overwatch

While Overwatch may be a globally recognized game, their eSports scene is still trying to find their feet. In an effort to grow their community, in 2018 Blizzard will host their official Overwatch League, set to run in a similar manner to other traditional North American professional sports leagues.

The league will focus on building structured, long-running seasonal leagues rather than promotion and relegation tournaments. The league will feed into the Overwatch Grand Final Event which will see the winning team crowned the Overwatch League Champion, walking away with a $1million first place prize

Twelve teams have already been selected to compete in the first season of the Overwatch League, with the regular season set to kick off in early January. The season will run until June with the top teams then moving into championship playoffs to determine which teams will compete at the Grand Final Event which will see the first ever Overwatch League champions crowned.

The Heroes the World Chose: The Overwatch World Cup

Different from the Overwatch League, the 2017 Overwatch World Cup is a community-driven tournament that sees multiple nations voting for their best players (within the top 100 players from each nation) who would go on to represent their region in a global event. This fun exhibition tournament saw teams selected from one of three main regions (Americas, Europe and APAC) with 32 regions making the cut to compete for an appearance bonus and a free trip to BlizzCon 2017.

These 32 teams then competed in 8 groups of four for a chance at just 8 spots in The Overwatch World Cup Group Stage. Though competition was fierce it was ultimately the team from South Korea that walked away with the first title of Overwatch World Champions.

Overwatch Events of 2017: All the Year’s Winners

Even though Overwatch has yet to kick-off their official league, there have been a number of premier events in 2017 that have showcased what the top teams in the world are capable of. Some of these events, and their winners, include:

As the Overwatch betting scene continues to grow so do the number of sites that offer sub-par betting experiences. That's why our experts have been hard at work finding and recommending only the best sites for you, our valued readers.

When you choose to play at one of our recommended sites you are guaranteed:

Overwatch may be a newcomer to eSports but its potential is boundless, as is the potential for you to win big. We’ve taken through what Overwatch can offer you as a player, gone through the basics of betting and even given you some tips to building your bankroll quickly and easily. Now is your chance to win big!

Choose from our list of recommended sites, vetted to guarantee a first-class experience that is both safe and fun. We’ve gathered a wide range of sites so there is sure to be something that suits your individual needs so be sure to register and start winning today.