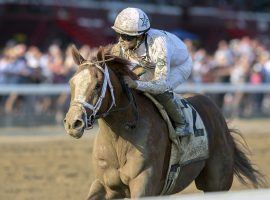 The questions for Saturday’s Grade 1 Cigar Mile Handicap at Aqueduct make the final Grade 1 race of the year in New York one of the saltiest fields on Aqueduct’s stakes schedule. Before we pose them for horseplayers, a history lesson is in order. Named after the 1994 champion of […] 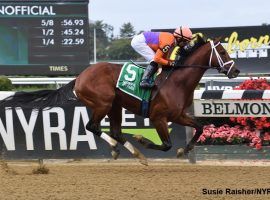 Following Sea spent much of his 3-year-old season as a colt seeking a breakout victory that would vault him into the front rank of his class. His last chance to garner that as a sophomore comes in Saturday’s Grade 1 Cigar Mile at Aqueduct. The Cigar Mile is the signature […] 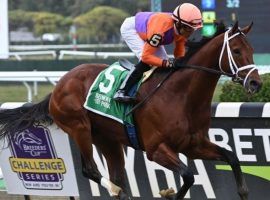 Even as he reveled in Following Sea’s gate-to-wire victory in Saturday’s six-furlong Grade 2 Vosburgh Stakes at Belmont Park, trainer Todd Pletcher said he planned lengthier travels for his 3-year-old. “He’s a very talented horse and trains very impressively. He’s also galloped out in a fashion that would indicate he […] 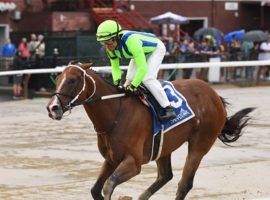 The H. Allen Jerkens Memorial draws its name from the legendary New York trainer who earned a well-deserved reputation for springing massive upsets. Among Jerkens’ victims were the distinguished likes of Kelso, Buckpasser, Cougar II, and Forego. Then, there was Secretariat. Two Jerkens also-rans defeated the 20th century’s greatest Thoroughbred: […] 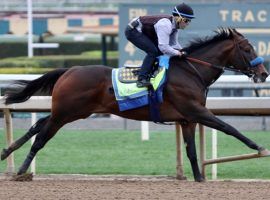 It takes a lot to upstage the Grade 1 Travers Stakes, but undefeated Life Is Good facing standout one-turn artist Jackie’s Warrior in the Grade 1 H. Allen Jerkens Memorial Handicap could be the best race on the Aug. 28 Travers Day card at Saratoga. According to the Daily Racing […] 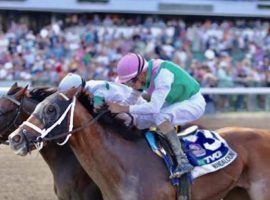 The inherent danger of riding horses combined with a controversial rule change to create a frightening finish to Saturday’s Haskell Stakes at Monmouth Park. Hot Rod Charlie crossed the finish line first, nipping Mandaloun by a nose. That apparently gave him his long-sought first Grade 1 victory. However, the 4/5 […] 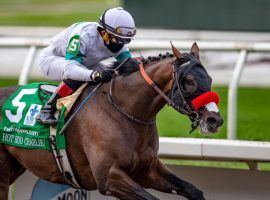 The first thought that comes to mind when you see Mandaloun, Midnight Bourbon and Hot Rod Charlie lined up as the three headliners for Saturday’s Grade 1 Haskell Stakes is that deja-vu sense of familiarity. You’ve seen these three clash repeatedly, but there’s something else about them that stands out. […] 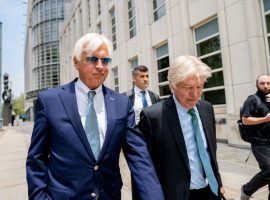 On the eve of Saratoga Race Course’s 2021 opening day, a New York federal judge ruled the New York Racing Association’s suspension of Bob Baffert was unconstitutional. That Wednesday ruling by Judge Carol Bagley Amon opens the gate for the Hall of Fame trainer to run his charges at Saratoga’s […] 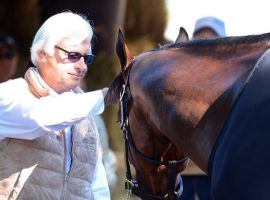 The fallout from trainer Bob Baffert’s latest failed medication test took a troublesome turn for the Hall of Fame conditioner when breeding colossus Spendthrift Farm removed several horses from his barn. The Daily Racing Form reported that Spendthrift’s Following Sea was transferred to Todd Pletcher’s barn. Along with that, Spendthrift […]