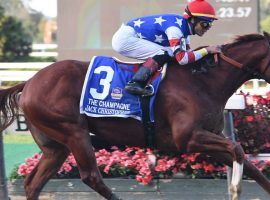 Breeders’ Cup Juvenile favorite Jack Christopher won’t run in Friday’s $2 million Juvenile, according to the Breeders’ Cup, which announced the scratch on Twitter late Thursday night. The 9/5 favorite for the 1 1/16-mile Juvenile was scratched due to a left shin issue, according to a tweet from Bradley Weisbord, […] 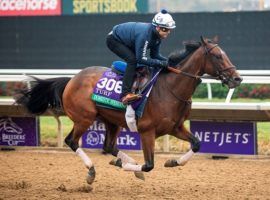 Domestic Spending and United, two of the primary American horses in the $4 million Breeders’ Cup Turf, were both scratched Thursday morning by their trainers due to inflammation. The scratches alter the dynamic of a race in which Domestic Spending was the 4/1 second favorite and considered the Great American […] 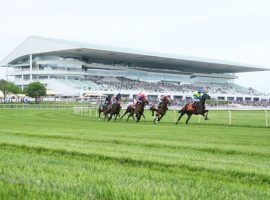 The Mr. D. Stakes is the race made famous by another name – the Arlington Million. When you’re the first horse race offering a seven-figure purse, you want that “Million” in the title. At this point in what is a bittersweet, likely final running of the race formerly known as […] 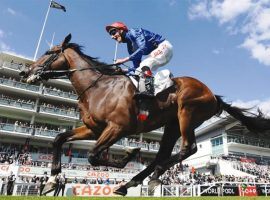 Knicks Go picked a good time to win his fourth career Grade 1 race, using last Saturday’s Whitney Stakes victory to claim the top spot among American horses in the latest edition of the Longines World’s Best Racehorse Rankings for 2021. In the rankings compiled by the International Federation of […] 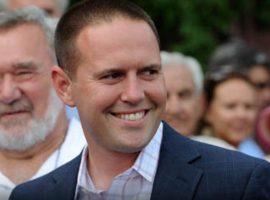 Belmont Park continues to be Chad Brown’s world and the rest of the New York horse racing community is merely living in it. Brown clinched the Belmont Park Spring/Summer Meet training title for the sixth consecutive year, racking up 32 victories over the 48-day meet that ended Sunday. Jose Ortiz […] 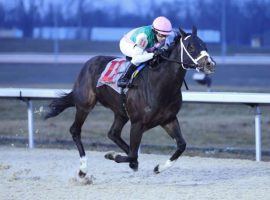 Hidden on the Stephen Foster undercard last weekend at Churchill Downs was a horse who probably flew below your radar: Set Piece. He didn’t fly below bettor’s radars in the Grade 2 Wise Dan Stakes, however, going off as the 8/5 favorite in the 1 1/16-mile race for older horses. […] 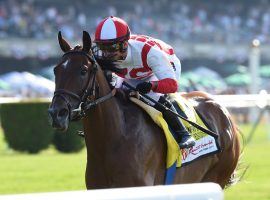 The last time Domestic Spending and Colonel Liam tried determining who was the best older male turf horse in the country, they decided nothing but what a dead-heat looks like. That came at the Grade 1 Turf Classic, on the Kentucky Derby undercard. There, Domestic Spending made the most of […] 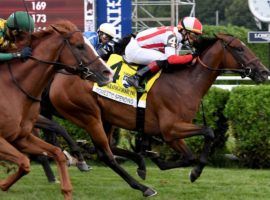 The first thing savvy racing fans notice about Saturday’s Grade 1 Hollywood Derby at Del Mar is the clash between East and West horses, trainers and jockeys. If there was ever a turf war over where North America’s best turf runners reside, well, the Hollywood Derby should provide the answer. […]