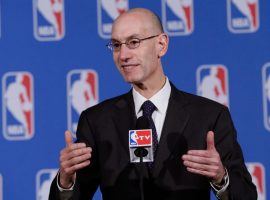 The NBA has formally proposed a plan that would allow for legalized sports betting in the United States. The plan was shared by a league attorney during testimony before the New York State Senate Committee on Racing, Gaming, and Wagering. “The time has come for a different approach that gives […] 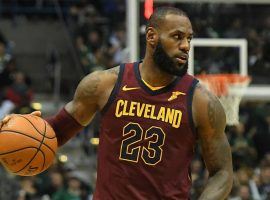 While  LeBron James attained a rare scoring milestone for the Cleveland Cavaliers, his team reached a new low. Last year’s Eastern Conference champions lost to the San Antonio Spurs Tuesday night, for their sixth defeat in seven games. James notched his 30,000th point, joining only seven players who have reached […] 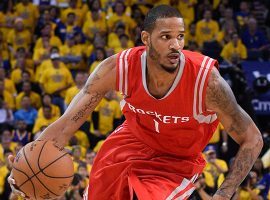 The Houston Rockets will look to stay sharp following their big win over the Golden State Warriors on Saturday as they host the Miami Heat on Monday night. The Rockets (32-12) have won two straight at home, and come into their game against the Heat (27-19) as a 10-point favorite. […] 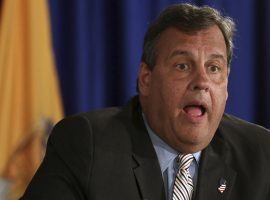 It was an underdog from the start but New Jersey government officials managed to defy heavy odds against them and get its sportsbetting case to be heard by the Supreme Court this year. It is the culmination of a three-year battle the state has waged against the federal government and […] 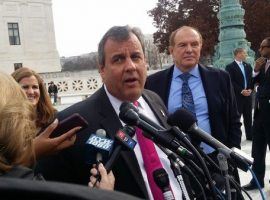 Proponents of sportsbetting had their day in court on Monday as lawyers presented their case to the Supreme Court in the hopes of having the federal law banning the activity struck down. The case pits the state of New Jersey and Governor Chris Christie against the NCAA and the four […] 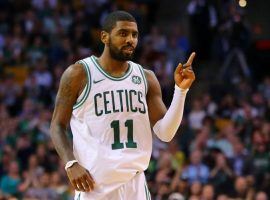 With 30 days gone in the NBA season it is already apparent that the offseason moves are benefitting some squads while others are having trouble coping with new personnel. Some additions were expected to work, but others that seemed like sure bets haven’t yet panned out and it will be […] 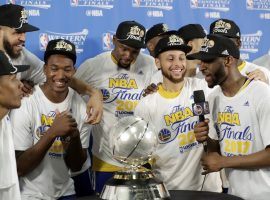 With the NBA season beginning Tuesday many experts around the league are already saying its over, that the Golden State Warriors will easily win their third championship in four years. The team is stronger and deeper than last year’s squad that went 16-1 in the playoffs. Television analyst said on […]

There is little surprise that the NBA Champions, Golden State, are the favorites to repeat next season, but it is a little amazing at how low the odds are for them. They are listed anywhere from minus-175 to minus-250, while the next pick is the team they defeated in the […]

In a surprise announcement, the US Supreme Court said they would hear the case regarding New Jersey attempting to get sports betting legalized. What was amazing was the high court went against the advice of acting U.S. Solicitor General, Jeffrey Wall. New Jersey government officials had petitioned the Supreme Court […]

Through two games of the NBA Finals, Golden State has cruised past Cleveland and that is pleasing Warrior fans, but frustrating gamblers. With the domination by Steph Curry and company, there isn’t much appealing at the sportsbooks.   The line has been moving up against the favorite since the beginning […]

The overwhelming favorite at the beginning of the season remains the top choice to win the NBA Finals, which begin today with Golden State hosting Game 1 against Cleveland. This is the third consecutive year the two teams have met in the championship contest. Golden State won in 2015, four […]

An unidentified gambler walked into the Westgate Las Vegas SuperBook and placed a $50,000 bet on the Golden State to defeat the Utah in the Western Conference NBA Playoffs semifinals series. A smart play considering the Warriors are minus-1000 to defeat the Jazz in the best of seven series and […]

Trying to find betting value in the NBA playoffs is a pretty daunting task, as the favorites aren’t allowing for much drama. In the first round the three favorites, Golden State, Cleveland and San Antonio all moved on the next level. When the postseason began, Golden State came out as […]

New Jersey lawyers are pinning their hopes on a meeting with the US solicitor general to get a federal ban on sports betting ruled unconstitutional by the US Supreme Court. They, along with other officials from the state, met with Noel Francisco earlier in the week to try and persuade […]

The Golden State Warriors have landed the golden ticket. After spending eight years in Oklahoma City, Thunder superstar Kevin Durant is packing his bags and returning to the West Coast. Now 27-years-old, Durant spent his first season in Seattle before the franchise was relocated to the Midwest. Originally from Washington, […]

New York daily fantasy sports (DFS) is expected to soon become legal after the state legislature passed a bill late last week to regulate companies engaged in offering the online contests. With the blessings of both the New York Senate and Assembly, Senate Bill 8153 is now with Governor Andrew […]

The NBA Finals are heading back to Cleveland for game six with the defending champion Golden State Warriors up three games to one on the Cavaliers. While a game six between the Cavs and Warriors, the latter a team that has set multiple records this season including winning an astonishing 88 […]

The Golden State Warriors are four wins away from capping off the best season in NBA history. Superstar Steph Curry has already secured his back-to-back MVP title, and now looks to once again top the Cleveland Cavaliers in the NBA Finals and repeat as champions. The Warriors beat the Cavs […]

NBA Commissioner Adam Silver is leading the way of the United States’ so-called “Big Four” professional sports leagues when it comes to sports betting and gambling. Appearing May 24 on ESPN’s “SportsCenter,” Silver said of sports betting, “As I began to study this issue I realized that there’s this enormous, […]

Las Vegas sportsbooks are under the impression that reigning MVP Stephen Curry and the Golden State Warriors will glide their way to the NBA Finals and repeat as champions. The experts behind the lines typically know what they’re talking about, but when it comes to the Warriors even the casual […]