With such staples as baseball and basketball out of the picture, esports continue to see a rise in popularity, as evidenced by some announcements related to the video game competitions in the past week.

Mark Thomas, co-founder and CEO of ZenSports, said the platform had its best-ever month in February by accepting $2.5 million in bets before the “bottom fell out last month.” Although the esports betting market is just a fraction of the traditional sports market, it seems poised for big growth as traditional sports take a hiatus.

DFS operators have also turned to the videogame competitions during the COVID-19 pandemic, focusing their contest offerings on such titles as Overwatch and Rocket League during social distancing.

“Esports was already on our roadmap to add in Q4 of 2020,” Thomas said. “COVID-19 simply accelerated that timeline. We’re confident that traditional sports leagues will return soon, and that, coupled with our new esports offering, gives us a wide array of betting options for our customers.”

Esports One also left beta testing last week. It describes itself as an “all-in-one fantasy platform” offering a place for users to not only create fantasy teams to compete with others, but also research players, peruse news, and watch live matches.

Co-founder and Chief Operating Officer Sharon Winter said the team at Esports One believes there’s an opportunity to expand the audience for esports during the pandemic.

“As people have been staying at home … we’re seeing DMs to our social media accounts from people diving into esports, signing up for Discord accounts,” Winter told TechCrunch. “We’ve ramped up the support to educate the community and expand the esports audience. It’s quickly surpassing mainstream, traditional sports.”

Co-founder and CEO Matt Gunnin said that Esports One will continue to be free, with plans to add premium subscription features this summer.

“There could be various ways for users to get more insights, more analytics, more research tools, more ways to engage with one another,” he said. “We’re not going into gambling … Users don’t have to buy an advantage when they’re playing against anyone else.”

Match Fixing Could Be a Concern

The Nevada Gaming Control Board opened up several esports for wagers among its licensees this past week. Sportsbooks welcomed the possibility of the new revenue streams, although the Washington Post noted that esports have a history of match-fixing, which recent revelations from China in League of Legends brought back to the forefront.

Revenue from esports bets is expected to be small compared to traditional sports, however. Joe Asher, CEO of the William Hill, told the Post that a million-dollar wager on the Super Bowl would be an afterthought, but the sportsbook won’t accept a bet of more than a few thousand dollars on a League of Legends match. 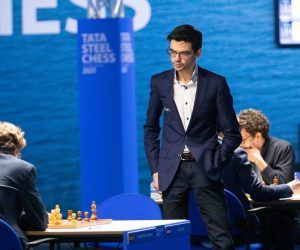 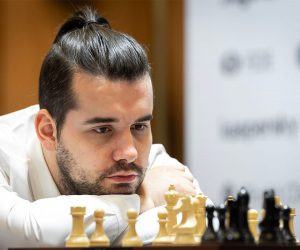