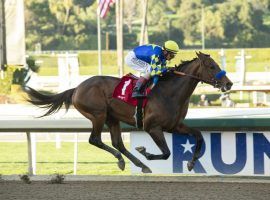 He’s currently ineligible to run in the Kentucky Derby, a factor Messier remained blissfully oblivious about on Sunday, when he destroyed his four other rivals by a record 15 lengths in the Grade 3 Robert B. Lewis Stakes at Santa Anita Park. The fact the Bob Baffert-trained, Canadian-bred colt couldn’t […] 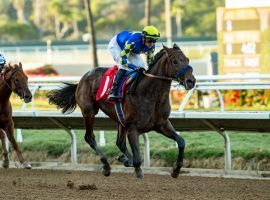 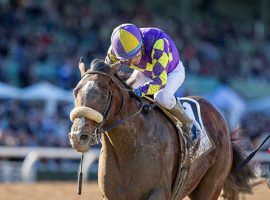 Express Train is attempting to do something in Saturday’s Grade 2 San Pasqual Stakes that illustrates how deep the field of this race typically is. California Chrome didn’t do it. Neither did Accelerate. Nor Silver Charm, Alphabet Soup, Flying Paster, or Native Diver. All of the above won this sturdy […] 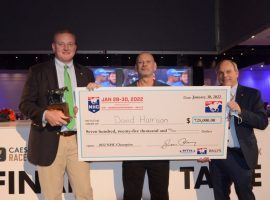 During the week, David Harrison is a real estate appraiser. On the weekends, however, he appraises Thoroughbreds as an old-school handicapper. This weekend, he proved himself as the best appraiser of horseflesh in the world. Harrison bested a field of 643 entries at Bally’s Las Vegas, capturing the 23rd annual […] 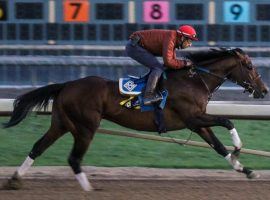 The question on when standout sprinter Flightline would run again got answered on Sunday when trainer John Sadler said he’d run in the Feb. 5 Grade 2 San Carlos at Santa Anita. The seven-furlong San Carlos fits Sadler’s early-season itinerary. It also allows the son of Tapit to stay home, […] 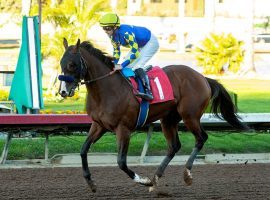 The Grade 2 San Vicente Stakes at Santa Anita Park sends five 3-year-olds seven furlongs Saturday. Because this race involves sophomores and because it’s at Santa Anita, this naturally translates into another glimpse into the endless barn of Bob Baffert. Back on the West Coast after his week-long hearing with […] 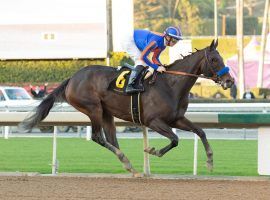 With trainer Bob Baffert 10 miles down the road attending the Rose Bowl, his mare As Time Goes By went by her competition by 13 ½ lengths, winning the Grade 3 La Canada Stakes at Santa Anita Park in dominant fashion. As Time Goes By proved she didn’t need Baffert […] 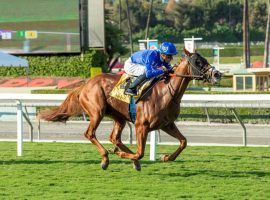 Unlike many of its early Kentucky Derby prep predecessors, Saturday’s Grade 3 Sham Stakes at Santa Anita Park brings the recent Derby chops with it. How recent? How about the last two Derby champions? The one-mile Sham, which offers 10-4-2-1 Derby qualifying points to the top four finishers, gave you […] 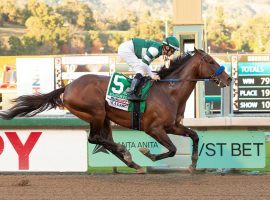 As trainer John Sadler put it after watching his star runner Flightline on Sunday, “Christmas came a day late.” For Sadler and the connections of the 3-year-old son of Tapit, Flightline’s performance in Sunday’s Grade 1 Malibu Stakes at Santa Anita Park was the gift that keeps on giving. And […] 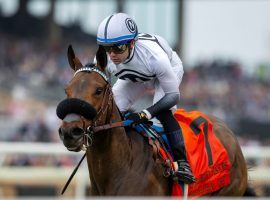 The 1 ¼-mile American Oaks holds the distinction of being not only the final race on Santa Anita Park’s Opening Day, but the last Grade 1 race on the North American racing calendar for 2021. And the favorite for that final North American Grade 1 for 2021 is – Irish-bred […] 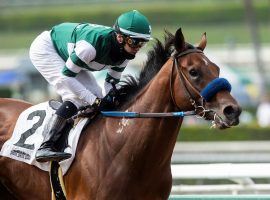 All you need to know about the marquee race on Santa Anita Park’s Opening Day slate – the Grade 1 Malibu Stakes – is that Dr. Schivel: a two-time Grade 1 winner and the only Grade 1 winner in the field, isn’t the favorite. The same Dr. Schivel who was […] 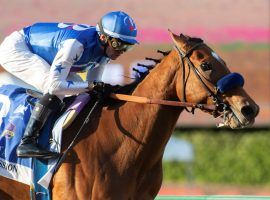 The last time we saw Private Mission, she was engaged in an incendiary pace meltdown with Letruska and others in the Breeders’ Cup Distaff at Del Mar. Now, we see if she’s learned a lesson from that rude awakening in Sunday’s Grade 1 La Brea Stakes at Santa Anita Park. […] 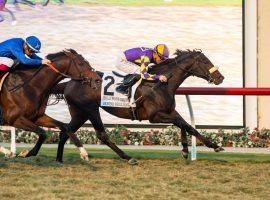 Santa Anita Park unveiled its wagering menu for its Winter/Spring Meet, which opens Sunday with three Grade 1s among its six stakes. It also opens with a special Opening Day Mid-Pick 4 that encompasses Races 5, 6, 7 and 8 on the traditional Dec. 26 opening-day card. And there are […] 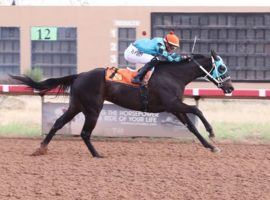 Canoodling’s name translates into “engaging in amorous embracing, caressing, and kissing.” And on Sunday, the 3-year-old filly will be canoodling in deeper, rougher racing waters than she ever has. Canoodling finds herself back at Santa Anita Park, where she hasn’t raced since finishing fifth in the Listed Surfer Girl Stakes […] 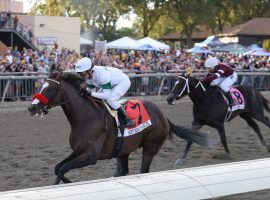 First, it was blinkers off for Hot Rod Charlie. Then, blinkers on for the Breeders’ Cup Classic. Now, the colt will finish his 3-year-old season in Sunday’s Grade 2 San Antonio Stakes at Santa Anita without blinkers. This is a case of trainer Doug O’Neill going back to what worked […] 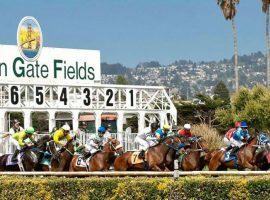 Overshadowed by its southern cousin and its six stakes races – including three Grade 1s – Golden Gate Fields also opens its Winter/Spring Meet on Sunday. But instead of three Grade 1s – the marquee events on Santa Anita Park’s opening day — the Northern California track turns out two […] 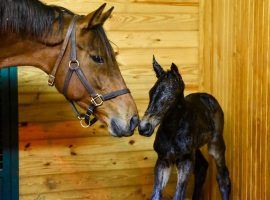 In June of 2012, a $180,000, 2-year-old filly named Beholder finished fourth in a maiden special weight race at Hollywood Park. At 21.8/1, she finished 8 1/2 lengths behind winner Executiveprivilege, getting outkicked by a half-length by a filly named Travesura for third. Something apparently kicked in at that point, […] 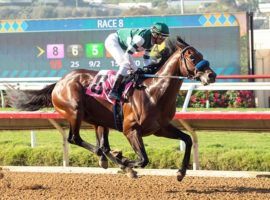 It speaks volumes about Flightline’s frightening speed and fearsome reputation that Dr. Schivel, his erstwhile rival in Sunday’s Grade 1 Malibu Stakes at Santa Anita Park, won’t be the morning-line favorite. The runner-up in the Breeders’ Cup Sprint and the favorite in four of his eight career starts will be […] 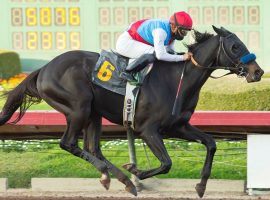 The sporting world beyond horse racing was shocked Monday morning when 2021 Kentucky Derby winner Medina Spirit suddenly died of an apparent heart attack after a morning workout at Santa Anita Park. The Bob Baffert-trained 3-year-old had just finished a five-furlong work in 1:01.40 when he collapsed. Santa Anita’s onsite […] 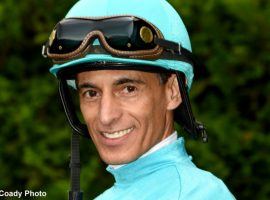 The Southern California jockey colony just got significantly deeper with the announcement that Hall of Fame rider John Velazquez is moving his tack to Santa Anita for the upcoming 2021-22 Winter/Spring Meet. This marks the first time in Velazquez’s decorated 32-year career he’s riding full-time in Southern California. A stalwart of […]