Two of the best teams in the Western Conference square off when the Denver Nuggets (38-17) visit the Oklahoma City Thunder (33-22) on Friday evening. On Saturday, the Utah Jazz (36-18) and Houston Rockets (35-20) meet in a potential preview of a postseason series between the #4 and #5 seeds. On Sunday, the Boston Celtics (38-16) are on the West Coast to play the LA Lakers (41-12) in a classic meeting between two storied franchises.

Zion Williamson and the New Orleans Pelicans have two games this weekend as they fight for a playoff spot in the Western Conference. Zion and the Pels are on a West Coast road trip to battle the Portland Trail Blazers and Golden State Warriors.

On Friday night, Ja Morant and the Memphis Grizzlies go to Hollywood to take on LeBron James and the LA Lakers. Morant and the Grizzlies currently occupy the #8 playoff seed in the Western Conference.

The Greek Freak and the Milwaukee Bucks have a Saturday night date with the Philadelphia 76ers, who struggle on the road.

Also on Saturday, two of the NBA’s supreme super-sophomores go head-to-head when the Atlanta Hawks host the Dallas Mavericks. Trae Young is fresh off a career-high 50 points, while Luka Doncic is back in action after missing multiple games with a sprained ankle.

On Sunday, the struggling Indiana Pacers and Victor Oladipo try to get back on track when they head north of the border to battle the defending champions.

Denver Nuggets (38-17) at Oklahoma City Thunder (33-22)… The Nuggets are a rare underdog at +1.5 heading into Oklahoma City to take on the Thunder. The Nuggets are 9-0 in Northwest division action, including two wins over the Thunder. Denver has one of the best defenses in the NBA, allowing only 106.7 ppg. Nikola Jokic leads the Nugs in all offensive categories with 20.6 points, 10.2 rebounds, and 6.9 assists per game.

New Orleans Pelicans (23-32) at Portland Trail Blazers (25-31)… If the playoffs were to begin today, the Blazers would bubble the postseason. They’re 3.5 games behind the Grizzlies and playing without their MVP. The Blazers still do not have Damian Lillard, who missed the All-Star Game with a pulled groin. The Pelicans are five-games behind the Griz, but they have Zion in the lineup. After only 10 games, Zion lived up to the hype. But can they make a legit run and backdoor a playoff spot? The Blazers are +5 home dogs against Zion and the Pels.

Memphis Grizzlies (28-27) at LA Lakers (41-12)… This could be a preview of the playoffs with the top-seeded Lakers hosting the #8 Memphis Grizzlies. Since starting the season in the hole with a 6-16 record, the Grizzlies are 22-11. Ja Morant, leading candidate for Rookie of the Year, and the Griz are playing their best ball of the season with a 15-5 clip over their last 20 games. They moved into the #8 playoff seed with all intentions of holding it down. The Griz are +10.5 road dogs in Los Angeles.

Dallas Mavericks (33-22) at Atlanta Hawks (16-41)… The Mavs stumbled into the All-Star Break with a 6-7 record after Luka Doncic went down with an ankle injury. They slipped to the #7 seed overall. The Hawks are one of the worst teams in the NBA, but Trae Young makes them must-see TV. In his first game after the All-Star Break, Young scored a new career-high with 50 points against the Miami Heat. They couldn’t stop Young, who knocked down several 40-foot shots to the dismay of the Heat. The Mavs will have their hands full containing Young, but should come out on top.

Philadelphia 76ers (35-21) at Milwaukee Bucks (47-8)… The Bucks are still on pace to win 70 games this season. The Sixers are a weird team. They’re nearly unbeatable at home in Philly (26-2) with the best home-court advantage in the NBA, but they can’t buy a win on the road (9-19). The Bucks have the second-best home record (25-3) in the league, which doesn’t bode well for Joel Embiid and the rest of his squad.

Houston Rockets (35-20) at Utah Jazz (36-18)… Cue “Stuck in the Middle with You” by the Steel Wheelers. The Jazz are currently in the #4 seed with the Rockets in the #5 hole. The Jazz won four-straight heading into the break to get back on track after a treacherous five-game skid. Jazz standout, Donovan Mitchell (24.3 ppg), averaged 30 points in his two previous games against the Rockets. James Harden (35.2 ppg) leads the NBA in scoring for the second-highest scoring team in the league. The Rockets went 10-9 in their previous 19 games before the All-Star break and lost their last meeting against the Jazz by 1-point in Houston.

Boston Celtics (38-16) at LA Lakers (41-12)… It’s no longer Larry Bird vs. Magic Johnson, but the Celtics and Lakers are always a fun game to watch. This year, it’s Kemba Walker vs. LeBron James. The Celtics are on an 11-2 clip over their last 13 games. Two of the better defensive teams meet. Brad Stevens’ Celtics are ranked #3 in defense allowing 106.2 ppg. The Lakers are #7 overall in defense allowing 107.3 ppg.

Indiana Pacers (35-23) at Toronto Raptors (40-15)… The Raptors had a 15-game winning streak snapped just before the All-Star Break by the Brooklyn Nets (sans Kyrie Irving). The Raptors have the second-best record in the NBA, and became only the second team to secure 40 wins this season. The Pacers snapped a six-game skid before the break. They are only 2-6 since Victor Oladipo returned to the lineup after missing over a year with knee and quad injuries.

New Orleans Pelicans (23-32) at Golden State Warriors (12-44)… Zion Williamson heads to San Francisco to play the basement-dwelling Warriors. It’s been a small sample size, but Zion lived up to the hype after only 10 games as a rookie. Thus far, Zion has been the real deal. But can he inspire his team to embark on a winning streak and catch the Grizzlies to secure the #8 playoff spot in the West? 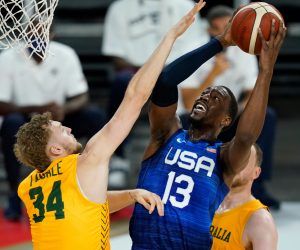 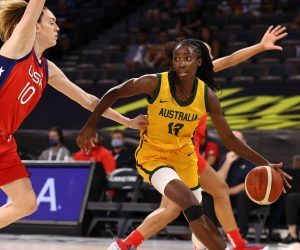