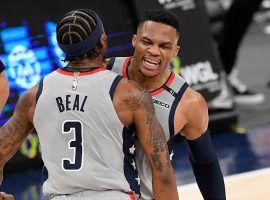 The Washington Wizards — thanks to Bradley Beal and Russell Westbrook — knocked down two 3-pointers in less than four seconds to overcome a 5-point deficit and upset the Brooklyn Nets 149-146 on Sunday evening. The Nets held a 5-point edge at 146-141. Beal pulled up and drilled a 3-pointer […] 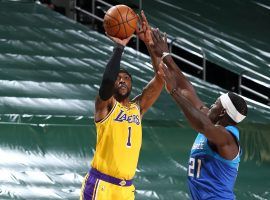 With 2.3 seconds remaining in the second quarter of the LA Lakers and Milwaukee Bucks game, Kentavious Caldwell-Pope drained a 33-foot 3-pointer for the Lakers as time expired to put them up 63-57 at halftime. The consensus over/under total for the first half was 117 at Las Vegas sportsbooks. The […] 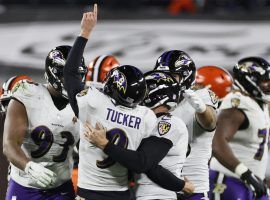 Bad beats come in all shapes and sizes, but few hurt as much as the ending to last night’s Monday Night Football game between the Baltimore Ravens and the Cleveland Browns. Ravens kicker Justin Tucker nailed a 55-yard field goal with two seconds remaining in regulation to give Baltimore a […] 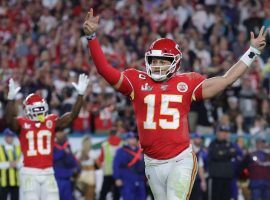 The old saying warns that “it’s never over ’til it’s over.” But that’s not even true anymore, especially if you were one of the unfortunate Super Bowl bettors who wagered on one of the game’s most attractive props — the over/under on total rushing yards by Chiefs superstar quarterback Patrick […] 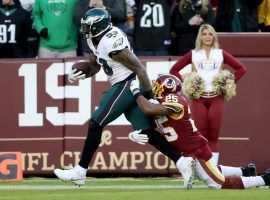 Unlikely endings in two games on Sunday’s NFL slate led to bad beats for some bettors, though it was the bookmakers that took the majority of the losses from the last second turnarounds. First, the Philadelphia Eagles came from behind to not only beat the Washington Redskins, but to also […] 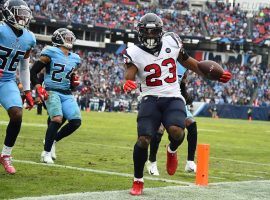 The Houston Texans held off the Tennessee Titans and took a giant leap forward in securing the AFC South title. The loss for the Titans kept them on the AFC wild-card bubble. Meanwhile, bad beats prevailed in NFL Week 15, with bettors getting stiff-armed by last-second gaffes from the San […] 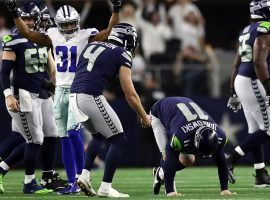 With kicker Sebastian Janikowski benched mid-game with a debilitating hamstring injury, the Seattle Seahawks were forced to covert a two-point conversion late in the fourth quarter of a Wild Card playoff game against the Dallas Cowboys, and the final score 24-22 drastically affected bettors with the consensus point spread at […]