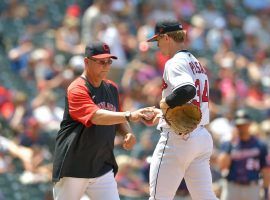 Zach Plesac just wanted to rip off his shirt in the Cleveland Indians locker room on Sunday. Now, that decision has landed the starting pitcher on the injured list. Cleveland manager Terry Francona told reporters on Tuesday that the team was placing Plesac on the IL due to a non-displaced […]