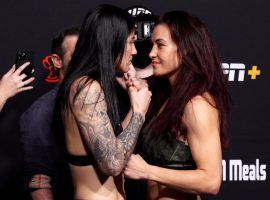 Miesha Tate returned to the UFC after a five-year layoff with a dominant TKO victory over Marion Reneau earlier this year. The former bantamweight champion will face a tougher test on Saturday, when she battles No. 7 contender Ketlen Vieira in the main event of UFC Fight Night 198 in […]