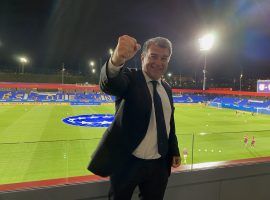 FC Barcelona’s leader, Joan Laporta, claims the European Super League project is still alive, with the breakaway competition “winning in the courts”. The Catalonian giants are one of the just three clubs that refused to exit the Super League, alongside Juventus and Real Madrid. Nine other teams from England, Italy, […]