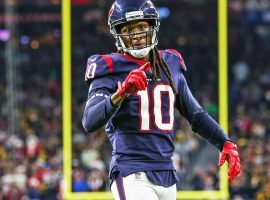 The Arizona Cardinals added future Hall of Fame WR DeAndre Hopkins to their lineup in a trade with the Houston Texans for backup RB David Johnson and a second-round pick. Arizona’s young quarterback, Kyler Murray, now has two bona fide Hall of Famers to throw to with Larry Fitzgerald and […]