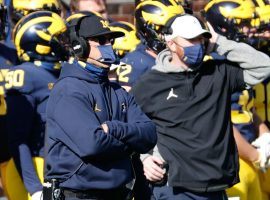 For the first time in more than a century, the annual rivalry game between Ohio State and Michigan has been called off due to a continued rise in COVID-19 cases in the Wolverines’ program. The Michigan athletic department, which announced the decision Tuesday morning, said they decided to continue their […]