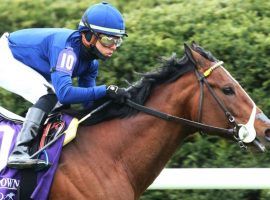 Golden Pal first broke into the public conscience nearly two years ago when he finished second in the Group 2 Norfolk Stakes at a near-empty Royal Ascot. You could be forgiven for not noticing, considering not even Queen Elizabeth II made a Royal Ascot appearance. You’ll probably notice when Golden […]