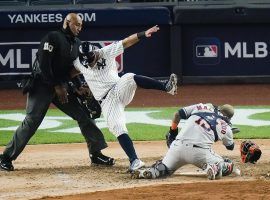 In the latest episode of Bronx ER, the New York Yankees placed second baseman Rougned Odor on the 10-day IL after he suffered a knee injury in a home-plate collision against the Houston Astros on Tuesday. An MRI revealed that Odor, 27, suffered a sprained knee after he collided with […]