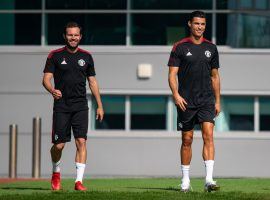 The 36-year-old Portuguese superstar made his first appearance at Manchester United’s training center on Tuesday after he was allowed to leave the Portugal national team camp early. Ronaldo has just beaten the record for most international goals after netting twice against Ireland in the qualifiers for the 2022 World Cup. […]