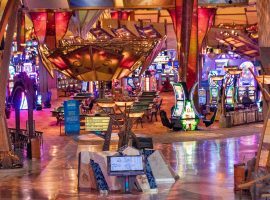 Connecticut Gov. Ned Lamont announced Tuesday that the state has reached an agreement with the Mohegan Tribe to greatly expand gaming in the state, including through sports betting and online gambling. While the Mashantucket Pequot Tribal Nation hasn’t yet signed on to the deal, it appears that it is also […]