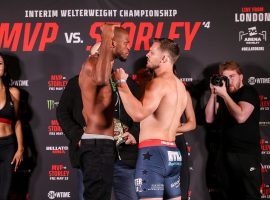 Michael “Venom” Page expected to fight for the Bellator Welterweight Championship on Saturday in London. Instead, he’ll face off with Logan Storley for the interim version of that title in the main event of Bellator 281. Welterweight champion Yaroslav Amosov dropped out of the bout, as he’s fighting for his […]