Zexrow picked up a second win to take the lead in Group C of the second Pogchamps online chess tournament, but three players are still vying for the two spots remaining in the Championship Bracket with one match to play.

Preparation Pays Off for Dogdog

Dogdog needed to bounce back from his opening round Armageddon loss to Zexrow. He did so in resounding style on Thursday, quickly beating TFBlade twice to win their match.

Dogdog clearly worked on his opening preparation heading into the match, and that work proved decisive. After opening with 1. Nf3, Dogdog put on a clinic as White in Game 1, winning a piece with a nifty tactical trick on move seven and checkmating TFBlade in just 15 moves for one of the quickest victories so far in Pogchamps 2.

The second game was no more competitive. TFBlade held out a bit longer with the white pieces, but the result was never in doubt, as Dogdog finished off his opponent in 40 moves to grab a 2-0 victory.

Zexrow came into Thursday’s Pogchamps match against QTCinderella as a solid favorite. But the two players traded blunders in their first game, leading to a complex endgame. While Zexrow had a material advantage, his lack of pawns meant only QT had winning chances. Sure enough, she queened a pawn, only to immediately blunder back the material. The game ended in a draw when both sides were left without enough material to checkmate after an 80-move marathon.

QTCinderella looked poised to take an upset victory in Game 2. After 28 moves, she achieved a dominant position with White, only needing to make one accurate pawn push to crack Zexrow’s position. But an untimely blunder turned the tables, and things quickly fell apart for QT. Zexrow ultimately scored a checkmate after 48 moves to win the match.

The results left Zexrow at the top of the Group C standings, and eliminated QTCinderella from Championship Bracket contention.

Earlier in the day, Grandmaster Hikaru Nakamura – one of the lead commentators for Pogchamps –revealed that he might have a special rooting interest in Zexrow’s performance. Nakamura announced that he had signed with esports team TSM, a natural move for one of the world’s top chess players and the most popular chess streamer on Twitch.

Four days of matches remain in the Pogchamps group stage. After all of the players finish their third matches, the top two in each group will advance to the Championship Bracket, while the bottom two will compete in a Consolation Bracket. Pogchamps will hold the finals for both brackets on Sept. 6. 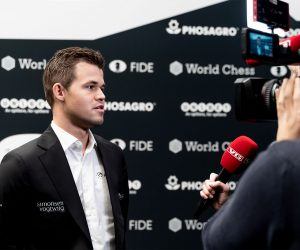 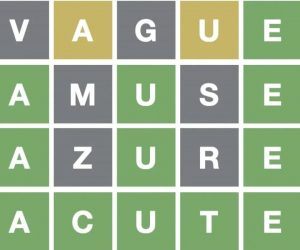