Only eight teams are left in the hunt for the 2021 NBA championship, and the Brooklyn Nets are the favorites at +200 odds despite an injury to James Harden.

The #2 Brooklyn Nets lost Harden in the opening minute of Game 1, yet still defeated the #3 Milwaukee Bucks. With a 1-0 series lead, Harden will miss Game 2 against the Bucks. However, the Nets have plenty of experience playing without members of the Big 3 this season.

The #5 Atlanta Hawks jumped out to a 1-0 series lead against the #1 Philadelphia 76ers. Joel Embiid tore his meniscus in the opening-round series, but he still played in Game 1. Even with Embiid, the 76ers fell behind early and could never recover.

The Favorites: Nets or Jazz

The Nets became the team to beat as soon as they acquired Harden in a trade and LeBron James from the defending champion LA Lakers suffered an ankle injury. Both the public and sharp sports bettors backed the Nets in the futures department, which is why their championship odds have been shrinking since the preseason.

Ever since the league crowned the Lakers as the 2020 champion inside of the NBA Bubble, the Nets saw a heavy flow of money backing them. The Nets were +1000 odds on Halloween, but jumped to +300 odds by the time Harden arrived and the championship picture seemed like less of a pipe dream. Without Harden, however, the Nets will have a tough battle ahead of them.

The Utah Jazz are the second-highest team on the NBA futures board at +325 odds, according to DraftKings. As soon as the Phenix Suns knocked out LeBron and the LA Lakers, the Suns and Jazz saw their odds bump. The Jazz pose a difficult matchup for the LA Clippers because they’re efficient on both ends of the court with a top-five offense and a top-five defense. The Jazz defend the 3-point shot very well and they shoot the rock even better from downtown.

Point guard Mike Conley tweaked his hamstring in the opening round against the Memphis Grizzlies. He’s not expected to miss time, but the injury will slow him down.

The #4 LA Clippers defeated the #5 Dallas Mavericks in seven games despite falling behind 0-2. The Clippers/Mavs were the only series out of eight opening-round matchups with a Game 7. Kawhi Leonard had a sensational performance with 45 points in a do-or-die Game 6 to force the seventh game. Kawhi looked like the superstar who put the Toronto Raptors on his back and led them to a title in 2019. With Kawhi hitting his stride, the Clippers moved into the third spot on the NBA futures board at +500 odds to win the championship.

Giannis “Greek Freak” Antetokounmpo and the Milwaukee Bucks have to overcome an early deficit against the Nets, but the Bucks smell blood in the water. The Nets are vulnerable, especially if Harden misses multiple games. The Bucks saw their championship odds waver between +650 and +750 all season. Right now, the Bucks are a value pick at +700 odds with injuries to Philly’s Embiid and to Harden. 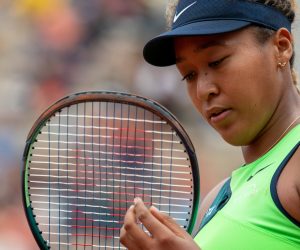