It’s never a dull day in New York City. While NYC continues to be the epicenter of the coronavirus outbreak in America, rumors have been swirling around the empty streets of Manhattan that the New York Knicks (21-45) seek a trade for 10-time NBA All-Star, Chris ‘CP3’ Paul.

The Knicks’ new president, Leon Rose, thinks CP3 can jumpstart a decrepit franchise that hasn’t been to the playoffs since 2013 and won only one playoff series since the turn of the century. Rose, a former agent turned front-office exec, used to be CP3’s agent when he worked for CAA.

The Knicks have three point guards with Elfrid Payton, Frank Ntilikina, and Dennis Smith Jr. However, none of the three have stepped up to seize the role as floor leader of the Knicks.

“There are still people within the Knicks organization that feel trading for Chris Paul could help jump-start their effort to build a winning culture,” said SNY’s Ian Begley.

Even though the NBA season is still in flux and everyone is in lockdown, it hasn’t prevented the New York Knicks from doing LOL-Knicks types of things like trading away young talent for an aging superstar with an engorged contract.

Last offseason, the Houston Rockets traded Paul to the Oklahoma City Thunder for Russell Westbrook. CP3 played in 58 games and missed 14 games in both seasons he spent with the Rockets.

The Thunder were unable to move CP3 due to his hefty salary and fading durability. They kept him during a rebuilding year. As soon as Billy Donovan opted to play a three-guard offense, the Thunder started winning. The Thunder headed into the pandemic hiatus with a 40-24 record and the #5 playoff seed in the Western Conference.

The potential CP3 rumor shows shades of a classic NYC-sports team move in which they bring in an over-the-hill fading star to help boost ticket sales and hope.

“CP3 would have been great in NYC at MSG like seven years ago,” said long-time Knicks’ fan Johnnie ‘Salami’ Ferrara. “But now? He’s old and overpriced.”

At his peak, CP3 was one of the best. But even in his prime, CP3 couldn’t change the Knicks’ culture. To use phrases like that is an insult to die-hard Knicks fans. If the Knicks organization truly wants to change the (losing) culture, then they need to ditch the owner, James Dolan.

Dolan’s toxicity rolls downhill and drowns MSG in his ineptitude. Adding CP3 to the mix is like tossing a lone life preserver to a sinking ship like the Titanic.

The Knicks won only 21 games this season heading into the shutdown. The hapless Knicks had only two more wins than the Atlanta Hawks (19-46), who were the worst team in the Eastern Conference. Overall, the Knicks were one of the six-worst teams in the NBA this season as they competed for a lottery pick yet again.

It’s been an ugly year for the Knicks.

In case you were wondering, Dolan survived the coronavirus, which he contracted back in early March. 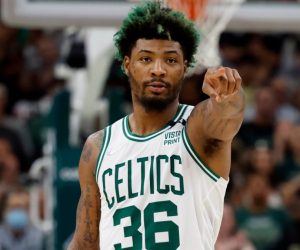