The COVID-19 pandemic altered sporting events across the globe this year, and the World Series of Poker was no exception. Organizers postponed the traditional Las Vegas poker festival, offering a series of online tournaments instead. But the WSOP will still hold its annual Main Event, even if the format has to change to accommodate the current global crisis.

The World Series of Poker has announced that it will hold its $10,000 buy-in No Limit Hold’em Main Event in multiple phases, beginning with two online tournaments designed for American and international players.

Americans can start playing on WSOP.com on Dec. 13 in New Jersey or Nevada. Meanwhile, international players can take part on GGPoker.com beginning on Nov. 29.

The two tournaments will play out in parallel, with each continuing until reaching the final table. At that point, each event will move from the virtual felt to live play. The American branch of the tournament will see the final nine meet on Dec. 28 at the Rio All-Suite Hotel & Casino in Las Vegas, the traditional home of the World Series of Poker. The King’s Casino in Rozvadov, Czech Republic will host the international final table on Dec. 15. Both live events are subject to change due to COVID-19 regulations or travel restrictions.

Those live tables won’t end the WSOP Main Event. Instead, the domestic and international winners will face off in a live, heads-up duel on Dec. 30 at the Rio. The winner of the televised showdown will take home an additional $1 million. More importantly, they will earn the title of 2020 World Champion, something organizers feel is critical to maintaining the continuity of the World Series of Poker.

“There must be a World Champion in 2020,” World Series of Poker executive director Ty Stewart said in a statement. “Poker’s history is too important. It’s a unique format for the Main Event, but this is a unique year.”

The World Series of Poker began in 1970 with a single event featuring seven top players. The WSOP has grown into an annual tradition featuring dozens of events, including supplementary tournament series in Europe and Asia.

Throughout that growth, the Main Event has remained the crown jewel of the WSOP. The tournament first awarded a $1 million prize to the winner in 1991, with the champion taking home a $10 million prize on two occasions, including in 2019, when Germany’s Hossein Ensan outdueled Dario Sammartino to top a record field of 8,569 players.

This year, organizers replaced the bulk of the WSOP with the 2020 World Series of Poker Online. WSOP.com and GGPoker.com hosted a combined total of 85 bracelet events. The online series culminated in a $5,000 main event, which Bulgaria’s Stoyan Madanzhiev won to earn $3.9 million in prize money. 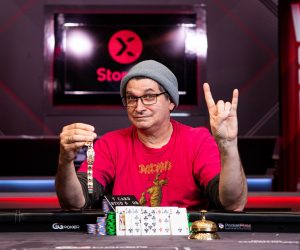 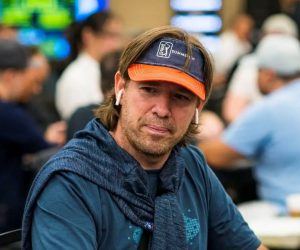