The National Football League and Electronic Arts agreed to extend their exclusive rights deal for the “Madden Football” video game through 2026. Madden is a popular title for both gamers and eSports pros, despite the urban legend that the player on the cover will succumb to the Madden Curse.

Madden 20, the current version of the game, has become the most successful title in Madden franchise history. EA saw a 30% increase in new players. Overall, gamers logged 330 million hours of Madden 20 since its release in August 2019.

“This partnership will also focus on design, visualization, and development innovations to grow and deepen the world of Madden NFL, impacting how it plays and feels, and how players connect to the world of the NFL as it happens,” said EA.

“The expansion of this partnership is not only about the continued success of the Madden NFL franchise, but also the creation of new avenues for our fans to connect with the sport they love,” added NFL Commissioner Roger Goodell.

Most recently, rating adjusters at Madden updated the in-game player ratings for New Orleans Saints WR Michael Thomas. He earned a 99 rating as the top wideout in the game. During the 2019 season, ratings adjusters elevated the rating for Carolina Panthers RB Christian McCaffrey. McCaffrey joined the 99 Club with only a handful of other players who received the top-rating in Madden.

Madden Football continues to be the only NFL-approved and official video game through 2026. The NFL and the NFL Players Association agreed to extend EA, one of the premier game publishers in the industry, exclusive rights for photo-realistic simulated games.

According to the terms of their contract with the NFL, EA has “the exclusive right to manufacture, market and distribute NFL-themed realistic action simulation video games.”

That means no other video game publishers, like EA’s big rival 2K Sports, has the opportunity at creating their own NFL game for at least another six seasons. The contract also has a potential one-year extension, which would mean that EA could lock up exclusive rights through 2027.

The current contract was set to expire in 2022 at the end of the 2021 season (shortly after the Super Bowl champion is crowned).

The parties agreed to extension terms before NFL team owners met on Thursday. The owners voted yes on the extension. Financial terms weren’t disclosed, but Darrell Rovell estimates that the deal is worth $1.5 billion. The players will earn $500 million, while the league’s cut is a cool billion.

In December 2004, EA Sports and the NFL agreed on an initial contract that gave EA exclusive gaming rights. In turn, that shut down football games produced by Sega and 2K.

Over the years, an urban legend evolved that whoever graces the cover of the new version of Madden will get jinxed. The Madden Curse covers both injuries and terrible seasons.

For Madden 10, the devs tried to fade the Madden Curse by adding two players to the cover. Troy Polamalu and Larry Fitzgerald shared the cover. Polamalu played in only five games due to multiple injuries, and Fitzgerald got injured in the postseason.

Peyton Hillis scored 13 touchdowns in 2010 for the Cleveland Browns. That earned him the cover for Madden 12, but he had multiple injuries (strep throat, both hamstrings) and scored only three touchdowns in 2011. He cited the Madden Curse for his poor season, but fans thought it was a cop-out.

“Things haven’t worked to my favor this year,” said Hillis. “There’s a few things that happened that made me believe in curses. Ain’t no doubt about it.”

Patrick Mahomes, QB from the Kansas City Chiefs, appeared on the cover for Madden 20. Mahomes suffered an ankle injury and missed several games with a dislocated knee cap. Mahomes had a full recovery and led the Chiefs to a victory in the 2020 Super Bowl. If there’s a jinx or hex, Mahomes snapped it.

The reigning MVP, Lamar Jackson, has the inside track for earning a spot on the cover for Madden 2021. EA hasn’t officially announced its new cover yet. Jackson said, jinx or no jinx, he’d be honored to appear on the cover. 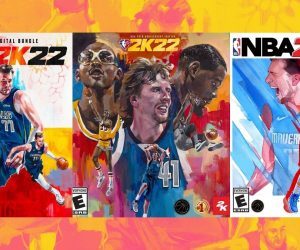