Arizona’s Sean Miller and LSU’s Will Wade found themselves deeper in the college basketball scandal, when new allegations of the head coaches paying for athletes surfaced this week. Federal wiretaps in the trial of middleman Christian Dawkins and former sneaker executive Merl Code were played for jurors, and it appears Miller and Wade were implicated in the federal bribery trial either paying for student-athletes or accepting money.

This is the second trial for Code and Dawkins. The two were found guilty last October, along with Adidas director of global marketing James Gatto. The trio were sentenced in March with Gatto receiving nine months, while Code and Dawkins got six months apiece.

The current trial features bribes to coaches, including Miller and Wade. The two have previously said they are innocent of what they are being accused of, and neither one has been charged with a crime.

Arizona has been slow to react on the allegations, though with new revelations in court on Wednesday, officials might not have a choice. In a wiretapped conversation between former Arizona assistant Emanuel “Book” Richardson and Dawkins, he tells Dawkins that Miller had agreed to pay former Wildcat player Deandre Ayton. In another conversation Dawkins told someone that Miller was paying another player out of his own pocket.

“You already know, Sean’s taking care of Rawle and them,” Dawkins said. “So it ain’t no expense to Rawle. So that’s easy.”

The university was asked to comment by the Arizona Daily Star and issued a statement.

“The University of Arizona takes the information presented in court today very seriously and remains committed to the highest standards of integrity and ethical conduct which includes competing within the rules of the NCAA and the Pac-12 Conference,” the statement read. “We will continue to cooperate fully with the NCAA and with other ongoing investigations into this matter in the best interest of the university and the men’s basketball program.”

LSU has been far more aggressive with its head coach. When the initial allegation game to light, after Wade was heard on a recording talking about making “a strong-ass offer” to Tigers freshman guard Javonte Smart, Wade was suspended for the final game of the season, as well as the SEC Tournament and NCAA Tournament.

Wade earned the suspension when he refused to answer questions the university officials had because NCAA officials were going to be in attendance. After the NCAA Tournament, Wade came to the school and agreed to be questioned by just the university representatives.

Trouble for Both Coaches

They might not be tried for a crime, but Miller and Wade might face the same fate that happened to Louisville coach Rick Pitino. The iconic head coach was not heard on a wiretap, but was mentioned in the criminal complaint. The university fired Pitino, and he was been unable to get another job in the states. He eventually went to coach in Greece.

Pac-12 commissioner Larry Scott told reporters he was unsure what Miller’s future holds, but said that those that break the NCAA rules will have to face some sort of discipline.

“There are a lot of people in college sports, including myself, that hope that there are some definitive findings or a conclusion one way or another as a result of this trial,” Scott said. “I think, in a strange way, it’s potentially a very positive development for college basketball. The FBI has had tools and the ability to look into things that would be difficult for the NCAA, given their subpoena power, wiretaps, etc.” 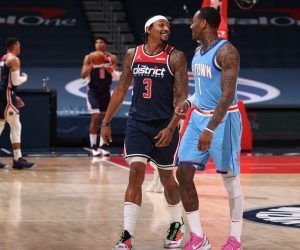 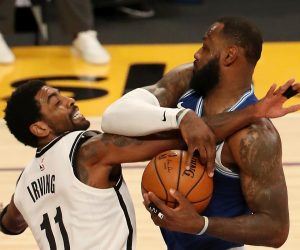