With approximately 23 games remaining, Ja Morant and the Memphis Grizzlies currently occupy the #8 seed in the Western Conference playoffs, but Zion Williamson and the New Orleans Pelicans are in hot pursuit. The Pelicans are only two games behind the slumping Grizzlies, but they also must fend off the Portland Trail Blazers, Sacramento Kings, and San Antonio Spurs on the Western Conference playoff bubble.

The Los Angeles Lakers (45-40) are running away with the top seed in the west. The Denver Nuggets and LA Clippers are jockeying for the #2 seed, while the Houston Rockets, Utah Jazz, Oklahoma City Thunder, and Dallas Mavericks are fighting for the #4 seed to secure home-court advantage in the opening round of the playoffs.

The Memphis Grizzlies are sweating their #8 seed in the playoffs fairly hard after losing five consecutive games. Big man Jaren Jackson, Jr. (16.9 ppg, 4.7 rebounds) went down with a sprained knee, and the Griz have lost every game since his injury. JJJ will be re-evaluated in another week, but they couldn’t have lost their second-best scorer at a worst time.

The chase pack trimmed Memphis’ lead to only two games. The Pelicans have the best shot at securing a spot in the playoffs. Since Zion Williamson made his NBA debut in late January, the Pelicans are 8-6. Despite the short sample size, Zion lived up to the hype. He’s averaging 23.4 points and 6.8 rebounds per game.

The Grizzlies and Pelicans meet each other twice at the end of March.

If you like NBA conspiracy theories, then the powers that be will do everything possible to secure a first-round matchup in the playoffs between LeBron and Zion. To make that happen, the Lakers must secure the #1 overall seed (which they pretty much have locked down), and the New Orleans Pelicans have to overtake the Memphis Grizzlies to secure the #8 seed.

The Griz haven’t exactly been tearing it up since Zion’s arrival, but they’re only 7-7 in their last 14 games. The Portland Trail Blazers are also 7-7 in that stretch.

The Pelicans are 8-4 in their last 12 after Zion started logging more playing time as a starter. He’s looked good, but more importantly, he’s shown improvement with every game.

“He’s playing exceptional basketball,” said James. “His game is going to get better and better, just having that experience.”

TV executives and the top brass at the NBA love any matchup that will provide a ratings bonanza, especially with overall viewership declining. Even if you’re not a suit, from a pure fan standpoint with Zion and LeBron, who wouldn’t want to see the #1 draft pick take on one of the all-time greats in the playoffs?

There’s also another storyline brewing with Anthony Davis playing against his ex-teammates after forcing a trade to the Lakers. Many ex-Lakers are currently on the Pelicans squad, including Brandon Ingram, Lonzo Ball, and Josh Hart.

In their first meeting this past week, the Lakers edged out the Pelicans 118-109. LeBron scored a season-high 40 points, while Zion impressed the glitzy Hollywood crowd with 29 points.

Meanwhile, LeBron and Zion meet for a rematch on Sunday during a primetime game on ESPN.

The San Antonio Spurs advanced to the playoffs 22 seasons in a row under Gregg Popovich. The last time the Spurs failed to qualify for the postseason occurred during Pops’ first season with the Spurs in 1996-97.

Since his rookie season as an NBA coach, Pops guided the Spurs to five NBA championships and 22 consecutive playoff berths. It will be weird to not see the Spurs in the postseason, but Pops and the Spurs are on the verge of the unthinkable by missing the playoffs.

The Spurs have 25 games remaining to make up lost ground on their worst season in the last 22 years. They are one of four teams fighting for the last spot. For a handful of teams out west, including the Spurs, they’re shifting into playoff mode for the final quarter of the season. 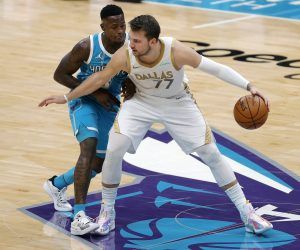 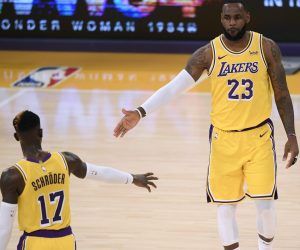