As we approach the 4th Annual World Chase Tag Championship in London (24 August) one has to ask the question: Have you seen professional chase tag? These athletes — and yes, they are definitely athletes — have mixed a childhood game with an increasingly popular Parkour style of obstacle course challenges to create an amazing competitive sport.

The game is as basic as you remember. One player is “it,” and chases the other, trying to tag him or her. Depending on the competition level, a clock counts down as the evader attempts to avoid the chaser for 20 seconds.

The most common game is a team format — played by two teams with up to five competitors each. Each match consists of a pre-determined number of chases (usually 10-16 chases). Each chase is 20 seconds long and has one athlete from each team — one is the Chaser and one is the Evader.

The winning athlete in each chase stays on as the Evader and the losing athlete comes off and is replaced by a teammate who becomes the Chaser in the next chase. A team is awarded one point when their athlete successfully evades their opponent for the entire duration of the chase. A tag earns a point for the chasing team.

Tags must be made with the hand (i.e. not the foot). Tags must be above the waist below the neck. If an athlete steps out of bounds, they lose the chase. Sounds simple and it is but the action is never predictable.

The Tagger, or Chaser, is the player chasing the Evader. They begin on opposite corners of the playing arena at either the Tagger Plate or the Evader Plate. The playing area itself is designated a Quad.

Quad courses are never the same and are often changed out during a competition. And because all quads are unique, they’re ranked by an Evasion Quality. EQ is the value given to a court indicating both the skill level to evade and the protection the objects provide the Evader.

In Team Matchplay, each team has up to 5 players. Each match has Player A chasing Player B and then they reverse roles. The quickest time wins the round for their team.

Singles Matchplay is similar, but just 2 athletes compete in successive Chaser/Evader matches. One point for a tag, one point for best time in each round. First player to 10, win by two.

Perhaps the most exciting version of Chase Tag is the Flight Club. Basically, it’s one-on-one with the winner staying on for the next opponent. First player to win 10 matches is Flight Club champion. The more players in this format the longer you wait to get back on the Quad for your next match.

“We end of every practice session with a round of fight club with no rest between rounds,” explains one pro player. “No one ever gets to 10 points, we’re all exhausted before anyone gets even close.”

Parkour is a form of freerunning inspired by military obstacle courses that has been around since the 1990s. These are the guys you’ve maybe seen on YouTube — jumping, leaping, swinging, climbing, diving, vaulting and flipping on ramps, railings, and harrowing stairways. In Chase Tag, players compete on a course set up for this extreme form of gymnastics.

Gamers might recognize Parkour from Grand Theft Auto 5. Watching GTA5, the Parkour fails are much more fun than the successes. Players crash and burn attempting near impossible moves. And, of course, the crashes are always more exciting than the escapes.

In recent years, Parkour courses have begun sprouting up around the world, and more are running Chase Tag events. Sure, it all started with a kids game, but as adults, someone is the best in the world at it, and the World Tag Championship intends to figure out who that is.

Tim Lavalli holds a Ph.D. in psychology and has focused his work on the mental aspects of competitive games. He co-authored Check-Raising the Devil, the autobiography of poker pro Mike Matusow. Tag was not his favorite game growing up. You can follow him on Twitter @timlavalli. 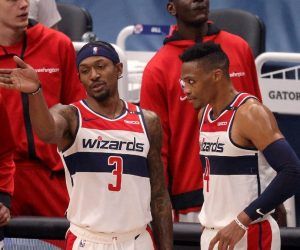