Harry Kane is ready to end his 17-year relationship with Tottenham Hotspur this summer and Manchester City, Manchester United, Chelsea, Barcelona, and PSG are all interested in signing him.

Kane, the Premier League’s joint top goalscorer with 22 goals, believes his time in North London has come to an end. The striker turns 28 in July after he’ll lead England’s attack at the European Championship.

With Tottenham out of the running for a Champions League position at the end of the current campaign, Kane believes it’s high time for a new challenge. He told this to chairman Daniel Levy, but according to The Athletic, the club is “not impressed” with his argument, and insists he’s being kept at least until 2022.

Kane had an offer from Manchester City rejected last year, as the chairman asked for one more year. Results didn’t improve for Tottenham and Kane believes he has to move on. He insists on staying in the Premier League, another detail that’s making Tottenham’s bosses shake their heads in disapproval.

Apart from champions Man City, Man United and Chelsea are all eager to talk Kane into choosing them. In Spain, Barcelona is trying to build bridges, while Tottenham’s former boss, Mauricio Pochettino, wants Kane under him at Paris Saint Germain.

According to the English paper The Sun, both Manchester City and Manchester United are offering Kane a contract worth $110 million over the next five years.

Harry Kane to be offered £80MILLION in wages with Man Utd and Man City set to do battle over wantaway Tottenham star | @dwright75 https://t.co/7GTcnjqoA5 pic.twitter.com/YkmDQOwgUZ

Kane, priced at $170 million by Spurs

Kane is Tottenham’s most prized asset. The evaluation the club made for him puts him at a staggering $170 million this summer. Kane still has three years left from the six-year deal he signed at Spurs in 2018, so the club isn’t under pressure to sell. His price will not go down until next summer, Tottenham’s board thinks. Even though he promised Kane a reevaluation of his status in 2021, Levy isn’t considering any offers.

Tottenham, guided by 29-year old interim manager Ryan Mason, a friend and former colleague of Kane’s, still has two games to play this season. First, they host Aston Villa, then they finish with an away game in Leicester.

Spurs are on the lookout for a big name to replace Mason at the end of the season after having sacked Jose Mourinho last month. With Kane on the squad, Tottenham hopes to make a statement on its ambitions for the future, despite its present underachiever status.

City on the hunt: Guardiola wants his perfect number 9

Pep Guardiola won the league and League Cup at City this season, but will lose Sergio Aguero (32) at the conclusion of the campaign. Aguero’s last game at Man City will be the Champions League final against Chelsea on May 29. The English champions are scouting for the best option to replace the prolific Argentinean. The team was looking at Erling Haaland, but speculation about a transfer was put on hold when Borussia Dortmund announced they will not be negotiating his move this summer.

City’s current options include keeping Kane or acquiring Inter’s Romelu Lukaku. Having just won the league in Italy with Inter, Lukaku played for Manchester United just before moving to Serie A. The 28-year old failed to settle at Old Trafford, but found life to be perfect at Inter, where he scored 63 goals over two seasons.

Inter might make him available because of money problems at the club. Lukaku would also be happy to prove himself once more in a league where he believes he has some unfinished business. 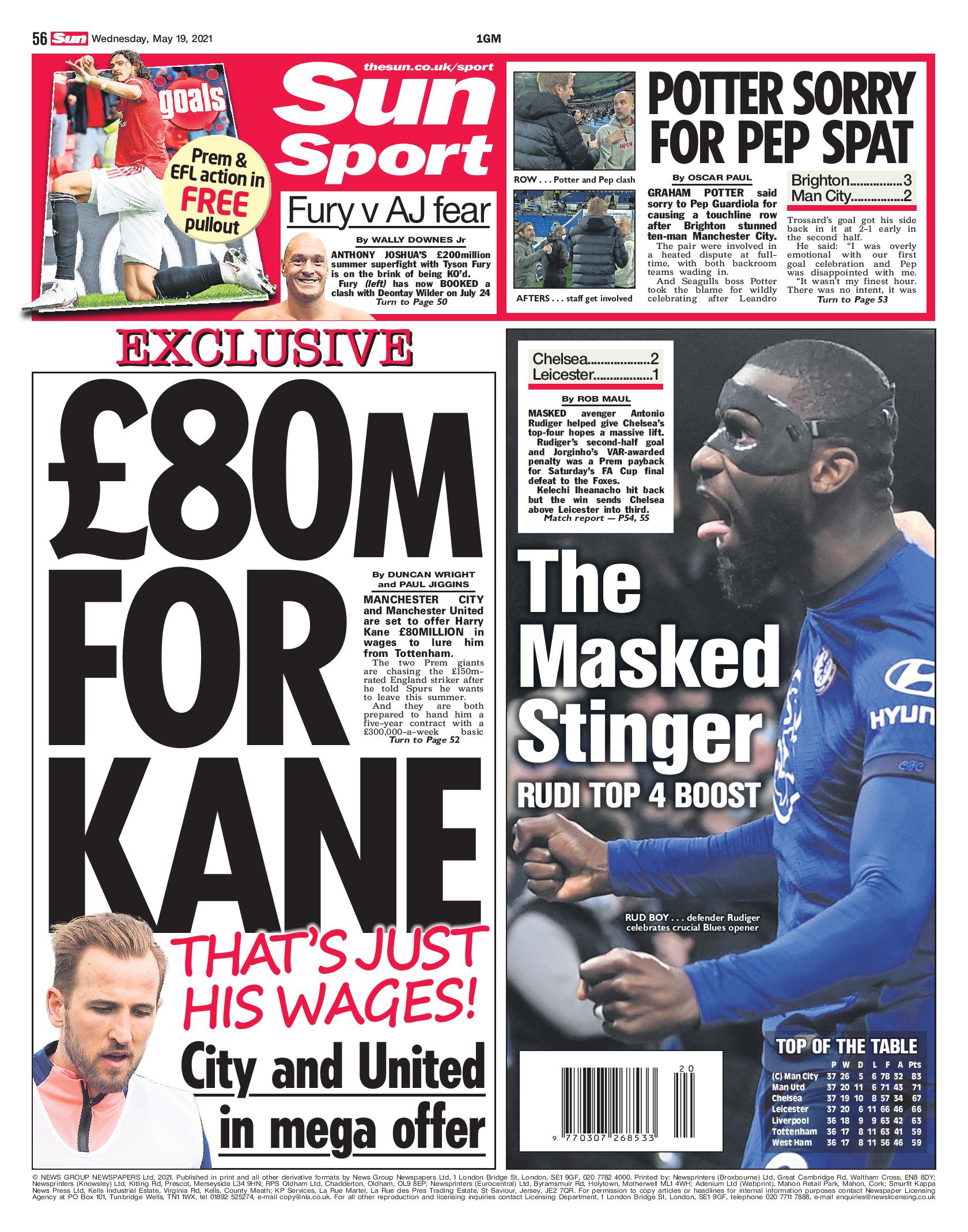