Longtime owner Glen Taylor is looking to sell the Minnesota Timberwolves for $1.2 billion. Current bidders include the Wilf family, owners of the NFL’s Minnesota Vikings, while another bidding group features Kevin Garnett, the former power forward who led the T-Wolves to eight consecutive playoff berths.

The 79-year old Taylor has one stipulation for the Timberwolves’ sale: the new owners must agree to keep the team in Minnesota. That shouldn’t be a problem for at least two of the potential bidders. Both Garnett and the Wilfs have a strong affinity for the North Star State. But there is a third contender.

New Jersey real estate mogul and minority owner, Meyer Orbach, is also reportedly interested in bidding for the Timberwolves. Orbach bought a 9.5% stake in the team back in 2016, and his ties to the region aren’t as strong. But geography won’t be the only criteria in play. History will also be a factor.

The history between Taylor and Garnett isn’t good. Only a few months ago, Garnett was asked by The Athletic about his relationship with Taylor.

The bad blood between Taylor and Garnett started back in 2007 when Garnett was traded to Boston — a move he didn’t want. While the Celtics would finally help him score a championship ring, Garnett was unhappy to leave Minnesota.

Garnett, however, would return to the T-Wolves. In 2015, he came back with the understanding that he would get bumped to the Timberwolves’ front office when he retired. Unfortunately, he forged that deal with Coach Flip Saunders. Sadly, Saunders died suddenly within months of Garnett’s homecoming after a diagnosis of Hodgkin’s Lymphoma, and Taylor failed to acknowledge Garnett’s deal.

Needless to say, this alone may give the Wilf family the inside track on the Timberwolves’ sale.

While Garnett is certainly a hometown favorite, Timberwolves’ fans may welcome any new owner, at this point. To say the T-Wolves have had a bad run is an understatement. In the 2017-2018 season, the team lost to the Rockets in the first round of the playoffs. That was the only time the team made the playoffs since the 2004-5 season.

Lynx and Wolves Have More to Lose

From December to February, the T-Wolves went on a double-digit losing streak. It was a stretch that validated the fans’ frustration with Taylor. As a result, Timberwolves fans are optimistic about a possible change. The fans of the other teams Taylor owns, however, are less sanguine

Taylor bought the WNBA Minnesota Lynx in 1999 and the D-League Iowa Wolves in 2017. In his tenure, the Lynx became a dynasty, bringing home four WNBA titles. Taylor’s deep pockets and commitment made a difference. Lynx coach and GM Cheryl Reeve recently told The Athletic, “I think Glen Taylor is one of the best listeners I’ve ever had in my life….”

While the Iowa Wolves haven’t had a winning season since being adopted by the Timberwolves, they have at least had a home. Founded in 2007, the Wolves (formerly The Energy) were bounced around from NBA franchise to franchise. In the years prior to Taylor’s purchase, the Wolves had affiliate deals with the Bulls, Suns, Hornets, Wizards, and Grizzlies.

So, the pending sale may impact the Timberwolves differently than the other two teams in the package. Meanwhile, the deal isn’t likely to close until September. That will give all parties a little more time to weigh the risks and rewards of a sale. 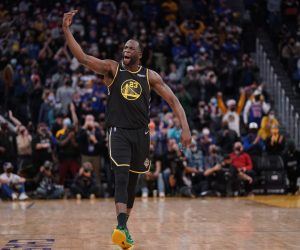 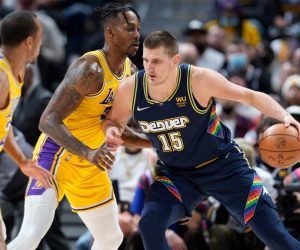