The 40-year-old Manny Pacquiao will defend his WBA welterweight title on Saturday at the MGM Grand in Las Vegas against American Adrien Broner in a clash of two fighters with plenty of championship experience.

Pacquiao has won world championships in eight divisions over the course of his career, while Broner is a former four-division title holder.

For Broner (33-3-1, 24 KOs), the fight is an opportunity to score a win over one of boxing’s all-time greats. While Broner has won titles in the past, he has come up short in the biggest bouts of his career, and is 0-1-1 in his last two fights: a decision loss to Mikey Garcia, and a majority decision draw against Jessie Vargas.

“I’m in shape and ready to go,” Broner said at a prefight press conference. “We’re prepared to go out and execute. I’ve been here before, and even though I haven’t been in a fight of exactly this magnitude, I’m just treating it like any other fight.”

Pacquiao (60-7-2, 39 KOs) is clearly in the twilight of his career, but has still shown the ability to be competitive in championship fights. He won the WBA welterweight championship with a seventh round TKO victory over Lucas Matthysse last July, a year after losing a controversial decision to Jeff Horn that cost him the more prestigious WBO title.

With little left to accomplish in his career, Pacquiao could have called it quits well before now. But he says that as long as he can be competitive against elite competition, he wants to stay in the ring.

“I want to leave a legacy in boxing until I’m going to retire that I’m still at the top,” Pacquiao told reporters.

But while Broner may not be a legendary name like some of Pacquiao’s former rivals, he is a step up in competition from Matthysse and some of his other recent opponents. If nothing else, the 29-year-old Broner has a significant age advantage, though that’s something the American tried to downplay.

“A lot of people are saying that Pacquiao’s age will be a factor, but I’m not looking at it like that,” Broner said. “You see guys like Floyd Mayweather who stay undefeated at an older age. I’m just focused on being me. As long as I do what I have to do, I will be victorious.”

Oddsmakers aren’t quite as convinced that Broner has what it takes to get past Pacquiao, but they are projecting a competitive fight. Pacquiao is listed as a -300 favorite by Bovada, while Broner is a +230 underdog.

But while Broner acknowledges that Pacquiao is the favorite, he says he is relishing his role in the fight.

“I’m just excited I’m the underdog and I know there are a lot of people that are here to see me lose,” Broner said. 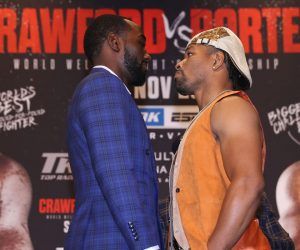 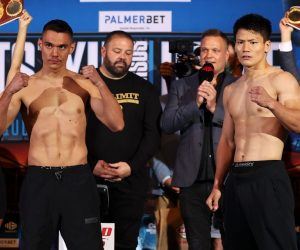 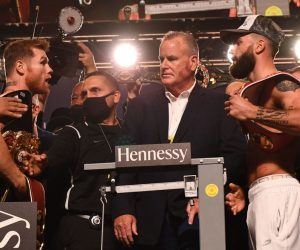