Tyson Fury and Deontay Wilder have officially set a date for their rematch, with the odds showing Fury as the slightest of favorites when the two meet for a second time.

Representatives for both fighters told ESPN earlier this week that the second fight between the two undefeated heavyweights has been set for Feb. 22, with the bout most likely taking place at the MGM Grand in Las Vegas.

Wilder Gets Past Ortiz to Secure Rematch

A Wilder-Fury rematch has been talked about for months, and Feb. 22 has long been suggested as the likely date for that bout. However, the rematch was contingent on both men managing to win earlier fights.

Fury (29-0-1, 20 KOs) was the first to get past a challenge from little-known Otto Wallin in September. Wallin proved to be a more difficult test than first expected, thanks in large part to a deep cut that he opened over Fury’s right eye early in the fight. Still, Fury dominated on the scorecards, winning an easy decision at the end of the day to retain his lineal heavyweight title.

Wilder’s turn in the spotlight came last weekend, when he knocked out Luiz Ortiz with a single punch in the seventh round to retain his WBC heavyweight title. All three judges had Wilder (42-0-1, 41 KOs) behind at the time of the knockout.

Those two wins ended any doubt that a rematch between the two undefeated champions would take place. The only question remaining was when it would be scheduled, with Top Rank chairman Bob Arum saying that Feb. 22 was chosen because it provides an optimal opportunity for promotion.

Fury and Wilder fought to a thrilling draw in December 2018, a fight that remains the only blemish on either man’s record. Fury controlled most of the fight, but Wilder scored two knockdowns, including one in the 12th and final round that appeared to have ended the fight. Fury somehow rose to his feet yet again, and finished the bout. The three judges determined the result as a split draw, with one giving Wilder a 115-111 decision, another seeing it 114-112 for Fury, and the third seeing it as a 113-113 draw.

Oddsmakers see very little to separate the two coming into their second encounter. Fury is the consensus favorite, but just barely: William Hill has Fury as an 8/11 (-137) pick, with Wilder listed at 11/10 (+110).

One of the biggest questions entering the fight is how Wilder will react to a relatively quick turnaround from his Ortiz bout. Wilder will only have about 13 weeks between the two fights, while Fury will have five months to recover from his contest against Wallin.

According to Wilder, that will still give him plenty of time to be ready to meet Fury’s challenge, and come out on top.

“This is gonna be a quick turnaround for me. I haven’t done this since the beginning of my career. And this is only gonna make me better,” Wilder said at his post-fight press conference after beating Ortiz. “You know, fighting the type of opposition that I’m fighting, doing it often and getting ready to go back in there in February again. So, I wish those guys good luck. I hope [Fury trainer Ben Davison] took a lot of notes, because I’m ready.” 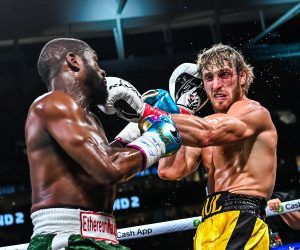 What the Logan Paul vs. Floyd Mayweather Jr. Exhibition Without a Winner Means for Bettors 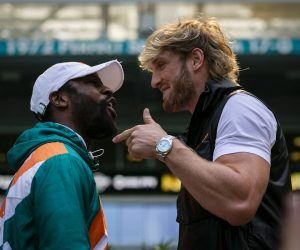 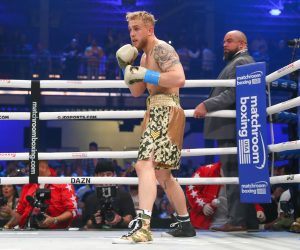