Golfer Thorbjorn Olesen might have booked himself a one-way ticket to prison after his actions on a flight from the US to London. The Danish golfer is facing charges of sexual assault, common assault and being drunk on an aircraft.

The member of the European Tour, Olesen was suspended by that organization on Tuesday, with officials putting out a brief two-sentence statement.

“Thorbjorn Olesen has been suspended from the European Tour until the outcome of the trial. As it remains a pending case, we currently have no further comment.”

Olesen’s lawyer, Paul Morris spoke for his client and said he was cooperating with authorities.

“Thorbjørn has cooperated fully with the police during their investigation but, while the legal proceedings are still ongoing, he unfortunately cannot comment on this matter at this time,” Morris said.

Not So Friendly Skies

Olesen was returning to England the Monday after the FedEx St. Jude Classic, where he was 100/1 to win, and finished tied for 27th. He was flying in first class with fellow golfer Ian Poulter.

Sometime during the transatlantic flight he allegedly became drunk and argued with other passengers. When members of the crew intervened, he verbally assaulted them. He then apparently urinated in the aisle, and also allegedly tried to sexually assault a woman sleeping on the plane.

One passenger on the flight told the Sun newspaper that they were stunned at what they witnessed on the British Airways flight.

“He started abusing some of the passengers and crew and then made a pass at one of the female passengers before taking a leak in the aisle,” the passenger said. “It was shocking behavior. You would expect it maybe on a budget airline but not in the first-class cabin on BA.”

Authorities were waiting for Olesen when the plane landed and took him into custody.

Olesen was not playing this week in the PGA Tour’s playoffs, because he was ineligible since he’s not a member of the tour. When the 29-year-old will play again is also in question.

The PGA Tour’s regular season doesn’t start up again until the A Military Tribute at the Greenbrier on Sept. 12. Olesen, who is ranked No. 65 in the Official World Golf Rankings, played in 11 PGA Tour events this season. His highest finish was a tie for seventh at the World Golf Championships-HSBC Champions last October.

Though he has not won the PGA Tour, he is a five-time winner on the European Tour. His last victory was in 2018 at the Italian Open. He was also a member of the victorious Ryder Cup team in 2018, defeating Jordan Spieth in singles.

Depending on the outcome of his court case in two weeks, if not suspended by the European Tour, he could play in events there. The schedule goes until the third week of November. 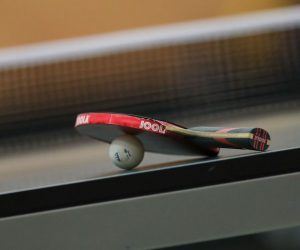 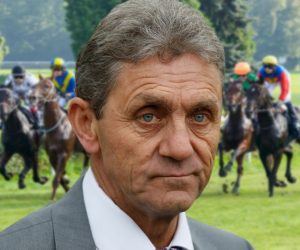 Thunderstorms Postpone Final Round of US Women’s Open, Odds Shift in Shibuno’s Favor