Home » Law and Politics » California vs. the NCAA: 'Fair Pay to Play' Shakes Up College Sports

Earlier this year, Senate Bill SB-206, the “Fair Pay to Play Act” was introduced in California. After passing both the State Senate and the Assembly committees, the legislation now goes to the full legislature for what appears to be a late summer approval. The bill has got the NCAA up in arms and threatening severe sanctions on California schools.

The pending California law prohibits universities and colleges from preventing athletes from profiting off the use of their names, images and likenesses. Scholarships could not be reduced or altered based on monetary or other gain the students received. The act also allows student-athletes to hire an agent to represent them in such matters. The intent is for marketable college athletes to sign endorsement deals and other licensing agreements without the threat of punishment from their schools.

A trust fund would hold these profits until the student has graduated or otherwise left the school. Also included is a provision which would allow students to use compensation to pay incidental academic expenses. Even ‘full ride’ scholarships don’t always include lab or computers fees and other additional expenses of college education.

We often think of ‘marketable athletes’ as the elite football and basketball players, who will sign lucrative contracts once they leave school. But many other athletes would benefit from this easing of rules. Most college athletes do not turn pro and do not sign big contracts. But the sports apparel and gaming industries use college athletes to promote their products. Compensation for those rights goes either to the university or the NCAA. The California bill would direct those payments to the students whose images are being used.

The California law would take effect on Jan. 1, 2023. By amending the state’s Education Code, to prohibit California colleges from denying their student-athletes of opportunities to earn compensation derived from the use of their names, images and likenesses.

This legislation strikes at the very heart of what the NCAA considers the true nature of amateur sports. The NCAA higher-ups are not happy.

Initially, the NCAA came out with a bluster of threats when SB-206 was proposed.

In a letter to the California Senate committee considering the bill, NCAA President Mark Emmert said: “When contrasted with current NCAA rules the bill threatens to alter materially the principles of intercollegiate athletics.” Which would Emmert continued, “create local differences that would make it impossible to host fair national championships.”

Implied in those words is the concern that student athletes would flock to California schools if they knew they could get paid to play there.

In a follow-up communication, President Emmert said that should the legislation become law, California schools would be banned from NCAA Championship events. “It likely would have a negative impact on the exact students athletes it intends to assist,” Emmert said.

However, in May the NCAA announced that it has “convened a working group to review the NCAA’s policies on name, image and likeness rights. The working group will likewise explore potential proposals that might permit college athletes to receive compensation for the use of those rights.

We often hear that college athletes are compensated with a free education, which includes room and board plus tuition. Just how true is this idea and what are some of the other costs and expenses of a college education?

The NCAA is slowly becoming aware that if it doesn’t change some rules voluntarily, it may be forced to do so by law. The Fair Pay to Play Act is the product of just one State legislature. There is action at the Federal level. House resolution 1804 is titled the “Student-Athlete Equity Act.”

The Equity Act is currently under review by the House Ways and Means Committee. The Equity Act will alter the U.S. Tax Code to tie the NCAA’s eligibility as a non-profit to the NCAA making a major changes in how college athletes are compensated for commercial tie-ins to their name and likeness.

The wording of the proposed Federal legislation speaks directly to the NCAA iron-fisted control of student-athletes and their schools:

To amend the Internal Revenue Code of 1968 to prohibit qualified amateur sports organizations from prohibiting or substantially restricting the use of an athletes name, image, or likeness, and for other purposes.

What is at stake here is the end of NCAA-dictated amateurism. At least that’s the position of NCAA officials. On the other side of the argument is the end of the exploitation of thousands of student-athletes by the use of their names and images without compensation.

Yes, the NCAA will dig in its heels. Yes, they will take the California legislation to court. But in the end, the currents of amateurism and fairness will allow the fair play laws to change the face of collegiate athletics.

Notice the California law is set to take effect in 2023, leaving plenty of time to a comprehensive solution to these issues. 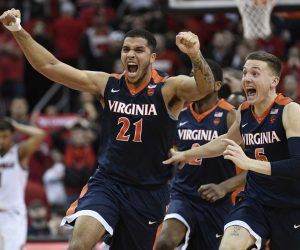 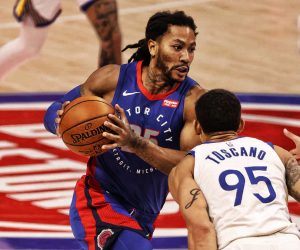