Four teams will compete in single-elimination matchups in the WNBA playoffs on Thursday night, with the winners advancing to face the league’s top teams in the best-of-five semifinals.

The Minnesota Lynx will take on the Phoenix Mercury in the first game, while the Los Angeles Sparks battle the Connecticut Sun in the nightcap.

Both Phoenix and Connecticut reached the second round by winning their first do-or-die games on Tuesday night. The Sun beat the Chicago Sky 94-81, while Phoenix needed a buzzer-beater from Shey Peddy to get past the defending WNBA champion Washington Mystics, 85-84.

SHEY PEDDY AT THE BUZZER ❄️

Mercury advance to the second round of the playoffs

“It’s an indescribable feeling,” Peddy told AZCentral.com after the win. “For me to hit that shot against them is a fairy tale moment. I don’t think you can write it up any better than that.”

The No. 4 seeded Lynx enter as 4.5-point favorites over the Mercury. Minnesota took advantage of its first-round bye, which gave veteran forward Sylvia Fowles time to recover from a calf injury she suffered last month. Fowles returned to practice on Tuesday, and coach Cheryl Reeve thinks she can make an immediate impact against Phoenix.

“I think defensively we’re going to get a big boost if we have Syl out there,” Reeve told the Minneapolis Star-Tribune. “Offensively, we’ll fine-tooth comb the areas that we were really good … we’re going to do our best to marry the best of Syl and the best that we did without Syl.”

The other second-round matchup sees the No. 3 seed Los Angeles Sparks take on the Connecticut Sun. Like Minnesota, Los Angeles comes into the game as a 4.5-point favorite. During last year’s WNBA playoffs, these two teams met up in the semifinals, with Connecticut sweeping the Sparks in three games.

“We have to … find a way to really dig deep down in ourselves and just know that that’s really what a lot of winning comes down to is your competitive spirit, your grit, your resilience and your commitment to one another as a team,” Sparks coach Derek Fisher told reporters. “I think we learned a lot of those lessons in playing Connecticut in the postseason last year.”

The Sparks won both regular-season meetings between the two teams this season in the Bradenton bubble. While both games were close, the Sun committed 23 turnovers in the second game, a pattern they’ll have to break if they want to win on Thursday.

“[The Sparks] are number one in the league in getting points off turnovers,” Connecticut head coach Curt Miller told The Day. “They’re number one in creating turnovers per possessions. They’re just having a great year turning you over. Their defense spurs their offense.”

After Thursday’s games, the higher remaining seed will take on the Seattle Storm in the semifinals, while the lower-seeded survivor will get the Las Vegas Aces. Seattle came into the playoffs as the second seed and remain the +110 favorite to win the WNBA championship, ahead of the Aces (+200) and the Sparks (+700). 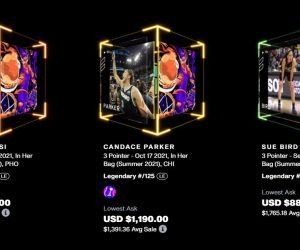 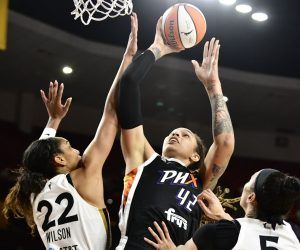