The latest trade rumors out of Gotham involve the New York Knicks securing the #4 pick in the upcoming 2022 NBA Draft from the Sacramento Kings so they can select Purdue guard Jaden Ivey, who helped guide the Boilermakers to a Sweet 16 appearance in March Madness 2022.

Word on the street is that the Knicks already made a pitch for the #4 pick, but the Kings turned down their first offer, which included multiple first-round picks and unknown players.

The Knicks have multiple strategies in place to upgrade at point guard, where they’ve been lacking the past couple of seasons. The draft is on Thursday night, so the clock is ticking on any potential Kings/Knicks trade.

Jalen Brunson, the Dallas Mavericks’ starting point guard is at the top of the Knicks’ list of potential free-agent signings. But, Dallas would like to keep Brunson after Luka Doncic and the Mavs advanced to the Western Conference finals.

The Knicks also like veteran point guard Malcolm Brogdon from the Indiana Pacers, but they’ll have to get in line because Brogdon has been the subject of multiple trade rumors. The Los Angeles Lakers were shot down when they foolishly attempted to work out a trade for Brogdon that involved the unwanted Russell Westbrook.

And, if all else fails, the Knicks could be a last resort landing spot for Kyrie Irving after his contract negotiations with the Brooklyn Nets hit a snag. The Los Angeles Lakers and LA Clippers are also interested in Irving, with the Clippers a more serious and legitimate potential next team for the mercurial point guard.

The Kings haven’t made the playoffs since 2006, but they hope that Mike Brown — the top assistant from the world champion Golden State Warriors — can help them end the longest postseason drought in the NBA. For the past month or so, the Kings were shopping the #4 pick in the draft.

There’s a consensus that the top three picks will be Jabari Smith (Auburn), Chet Holmgren (Gonzaga), and Paolo Banchero (Duke). According to NBA Draft futures markets, Smith is the betting favorite to get picked #1 by the Orlando Magic, which means the Oklahoma City Thunder will snag Holmgren at #2, and the Houston Rockets will pick Banchero #3.

Ivey, from Purdue, is the betting favorite at -155 odds to get selected with the #4 pick, while Keegan Murray from Iowa is a close second at +115. Shaedon Sharpe, a top recruit who was Kentucky-bound before he declared for the draft, was one of the top three favorites to get picked fourth, but Sharpe’s draft stock tanked over the last week and he’s now +1300 odds behind Australia’s Dyson Daniels (from NBA G League’s Ignite) at +1100 odds.

Who will the Knicks trade to get Ivey?

The Knicks will have to part ways with at least two first-round picks to the Kings in exchange for the rights to acquire the #4 pick. The Knicks would also have to give up one of their talented young players like Obi Toppin, Cam Reddish, or Quentin Grimes. Head coach Tom Thibodeau loves Immanuel Quickley, so he’s off the table. The Knicks also have veterans Alec Burks and Evan Fournier who they’d like to move this offseason.

Many fans want the Knicks to promote Quickley to the starting point guard spot so they don’t squander draft capital to grab an injury-prone Brogdon, bust the bank to sign Brunson, or make a horrible mistake by adding Irving to the locker room.

Ivey would be a good fit with the young Knicks who include Quickley and RJ Barrett. The big elephant in the room is Julius Randle. After a breakout season in 2020-21, Randle played horribly last season. He developed a combative relationship with the fans at Madison Square Garden and, apparently, asked the Knicks to trade him this offseason. He’s since backed off on those claims, but the Knicks will be hard-pressed to find any suitable trade partners for Randle.

Fans at MSG would rather see Randle leave town and Toppin get inserted into the starting five. Toppin, who grew up in New York City, has become a fan favorite much to the dismay of Randle. The legion of Knicks fans would be gutted if they have to say goodbye to Toppin in a trade, but he’s a valuable and attractive asset. 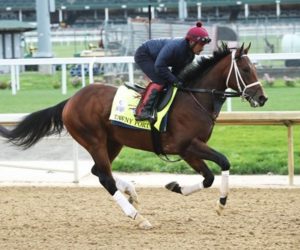