Home » Business and Commerce » Sports Betting on the Ballot in Three States, DraftKings and FanDuel Lead the Charge

For the last half-decade, DraftKings and FanDuel have been making quiet campaign contributions toward sports gambling legalization efforts. This Election Day, thanks to initiatives they’ve championed, voters will have their say on the fate of sports betting in three states — Maryland, Louisiana, and South Dakota.

So far, 22 states plus Washington DC have opted to make sports betting legal since the US Supreme Court cleared the way in 2018 for states to license the activity.

All-In on Question 2 in Maryland

The question in Maryland is pretty straightforward — do you want to allow sports betting to raise money for education? It doesn’t include any other details or specify whether this would apply to online and mobile, or only brick-and-mortar casinos.

Since 2007, any expansion of gambling in Maryland must get voter approval. So, Question 2 on the November ballot seeks to authorize the state legislature to pass a law licensing sports betting, at which point lawmakers can determine what it will look like in the state.

“Do you approve the expansion of commercial gaming in the State of Maryland to authorize sports and events betting for the primary purpose of raising revenue for education?”

The Maryland measure has widespread and bipartisan support — from a Republican governor and multiple Republican and Democratic state senators. With early polling suggesting Marylanders are close to evenly split on the issue, Fan Duel and Draft Kings weren’t taking any chances.

A Goucher College poll in February asked a randomly selected sample one of two questions about sports betting, and it yielded split results — 47% supported expanding gambling to allow online sports betting in Maryland, with 43% opposed. For those asked about whether or not sports betting should be allowed at casinos, racetracks, and stadiums, 45% said yes, and 49% said no.

Collectively, FanDuel and DraftKings have been the leading contributors to an organization called “Vote Yes on Question 2,” which has spent nearly $2 million on TV, radio, and online ads in the run-up to Election Day.

An example of the types of ads they’re funding:

Still, while far more money is being spent for Yes on Question 2 than anyone spent to oppose it, not everyone is convinced that sports betting is what Maryland needs. A recent editorial in the Baltimore Sun encouraged readers to vote No. Their argument: extra funds from online sports betting may not deliver what is promised and, instead, plunge the state, along with individuals already feeling dire financial effects from the coronavirus, into worse straits.

Undeterred by such opposition, FanDuel has already teamed up with Baltimore-based Cordish Companies to run sports betting operations at their properties, which include the Live! Casino & Hotel Maryland.

From DFS to Sports Betting in Louisiana

DraftKings and FanDuel have spent similar money in Louisiana — $500,000 each to a group called Louisiana Wins — to get a referendum on sports betting on the November ballot.

Louisiana law breaks down the results by parish. If a majority of the state’s 64 parishes say yes to authorizing sports betting, then those parishes will be allowed to do so when the state passes future laws regulating the activity.

“Shall sports wagering activities and operations be permitted in the parish of [PARISH NAME]?”

It’s the second time in two years FD and DK have managed to put their special interests before the voters.

In 2018, Louisiana asked a similar question about playing online fantasy sports for money. For that one, DraftKings and FanDuel teamed up to spend nearly $1 million with Louisiana Wins. The measure passed in 47 of the 64 parishes, and recent polls suggest sports betting will follow the same geography.

The measure’s most prominent opponent is a group called The Louisiana Family Forum.

“The effort to lure Louisiana into sports betting is a well-funded campaign by out-of-state operators,” the Louisiana Family Forum President Gene Mills said in an email to the Baton Rouge Advocate. “Sports betting … like other forms of wagering, drains personal wealth from Louisiana citizens promising payouts which are realistically — undeliverable.”

Deadwood Decision on Amendment B

In South Dakota, the decision on the ballot is whether or not to legalize sports betting at casinos in Deadwood, which would ostensibly open up the state.

Known as Amendment B, the measure would amend the state constitution to add sports betting to the list of gaming options available in Deadwood and at tribal casinos.

Mike Rodman, executive director of the Deadwood Gaming Association, says Amendment B is critical for the state to compete regionally:

The measure has bipartisan support. State gaming regulators also are pushing for it.

But there is opposition.”[Sports betting could be] a stumbling block for those with gambling addiction,” South Dakota Speaker of the House Steve Haugaard (R-Sioux Falls) argues, “It could take over your life. It’s not in the best interests of the state to expand any aspects of gambling … The few dollars that would come from sports betting pales in comparison to the damage it causes” 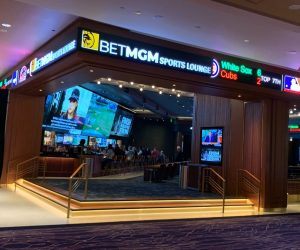