The Seattle Sounders scored three, second-half goals to earn a 3-1 win over Toronto FC at home, and claim the club’s second-ever MLS Cup.

The final was the third time in four years that Seattle and Toronto faced off for the MLS Cup, with the Sounders claiming the trophy in 2016 and 2019, while the Canadian side got the best of the matchup in 2017.

Seattle failed to score in either of the first two meetings. The Sounders won in a penalty shootout after a scoreless game in 2016, then fell 2-0 to Toronto in the 2017 match. Both of those encounters took place at BMO Field in Toronto.

This time around, it was Seattle that played host to the final. For the first half, the Sounders again struggled to generate any offense, with Toronto getting the better chances for most of the opening 45 minutes.

Still, the game went to the half scoreless. It wasn’t until 57 minutes in that Kelvin Leerdam broke through, scoring off a double deflection to give Seattle a 1-0 lead.

One of the big stories heading into the match was whether American international, Jozy Altidore, would be available after sitting out the entirety of the playoffs with an injury he suffered in Toronto’s final regular season game. Altidore started on the bench, but was inserted into the game by Toronto FC manager, Greg Vanney, after Seattle took the lead.

It would be the Sounders, however, who would continue the scoring. Victor Rodriguez beat Toronto goalkeeper, Quentin Westberg, in the 76th minute to give Seattle a 2-0 lead late in the match, while Raul Ruidiaz put the final nail in the coffin with a curling ball that found the net just before added time.

Down 3-0, Altidore gave Toronto a consolation goal during stoppage time, but that was only enough to make the final score look a little better for the visitors.

Sounders manager, Brian Schmetzer, became the fifth coach in league history to win at least two MLS Cup titles. After the match, he gave credit to the organization’s culture for putting the team in position for success.

“Our team, our club, we don’t operate in the realm of fear,” Schmetzer said in a statement about the win. “We address problems. We overcome. We try and be better at everything that we do.”

“We minimized their amount of counterattacks, especially in the first half,” Vanney said afterwards. “In the second half, we turned over the ball too much, the ball movement slowed down. Too many touches. It got bogged down, and when it bogs down to a team that wants to play in transition, you’re in trouble.”

Toronto had 65 percent of the possession in the game, but Seattle made better use of their time on the ball, as both teams took 14 shots during the match. 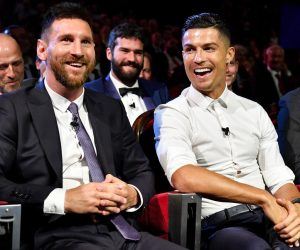 SPACs: How to Own a Sports Team Without Being a Billionaire