With the win, Moore joins Zac Purton, Joao Moreira, and Gerald Mosse as the only jockeys to win all four HKIR evens: the Vase, Sprint, Cup, and Mile. The four Group 1 races headline a December meet at Sha Tin offering HK$95 million (US$12.2 million) in combined purses for those four races. The races are considered the pinnacle of Hong Kong racing.

Moore’s Sprint victory aboard Danon Smash gave the 37-year-old rider his double. It also gave Danon Smash his fourth victory and first Group 1 win in seven 2020 races. It may be the one filling the Grand Slam, but Moore talked more about his Vase victory aboard Mogul. That 3-year-old is considered one of the top prospects in O’Brien’s deep stable. Despite the lofty expectations, Mogul found 2020 a steep climb in the spotlight.

He finished fourth in the King Edward VII Stakes at Royal Ascot, sixth in the Epsom Derby, and fifth in the Breeders’ Cup Turf. Sandwiched in between all that was a solid victory in the Group 1 Grand Prix de Paris at ParisLongchamp in September.

“Maybe he was just a bit behind on Derby Day and we were always on the back foot,” Moore said. “He was super impressive when he won in Paris and his Breeders’ Cup run wasn’t without merit. Today, the race worked out nicely for him. He’s beaten a really solid yardstick in Exultant.”

Purton Seizes His Own Statistical Moment

Not to be forgotten, Purton won the richest of the four HKIR events – the HK$28 million (US$3.6 million) Cup. His ninth HKIR victory made him the winningest HKIR Group 1 rider, breaking a tie with Mosse.

“Obviously, now I’ve won more international races than anyone else, that just tops it off,” Purton said after his victory aboard the Japanese colt Normcore.

Normcore’s three-quarters of a length victory in the Cup came at favorite Magical’s expense. The O’Brien stalwart managed to finish third, with last year’s Cup winner Win Bright nipping her at the wire. That denied O’Brien his first Cup victory.

Meanwhile, Magical ends her 5-year-old season with her second third-place finish in three races. She finished third in the Champion Stakes at Ascot and second in the Breeders’ Cup Turf.

“She ran very well today and ran home very well, but she was a little bit lackluster from the gates and in the first half of the race,” O’Brien told Sky Sports. “We saw how genuine she is. She’s an unbelievable filly, really.”

Normcore and Danon Smash gave Japan its double in the four HKIR events. Mogul put one on the board for Ireland. Considered the best horse in Hong Kong, Australian-bred Golden Sixty salvaged one for the home horses, winning the Mile by two lengths for his 14th victory in 15 starts. 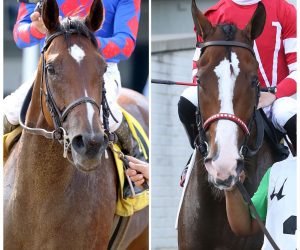 Bell’s the One, Sconsin Renew Rivalry in Relocated Chicago Stakes 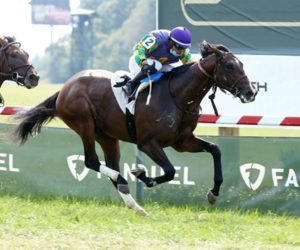