Sunday night’s game against Cadiz will be a different challenge for Real Madrid manager Carlo Ancelotti. Real left six players outside the squad following COVID-19 confirmations, so reinforcements needed to be called from Real Madrid Castilla in the Spanish third tier.

Luka Modric, Marco Asensio, Andriy Lunin, Gareth Bale, Rodrygo and Marcelo will spend time away from first-team activities and follow the doctors’ orders following positive tests. Right-back Dani Carvajal will also miss out with muscle problems, while Karim Benzema’s presence in the starting 11 for the match at the Bernabeu is in doubt.

Under these circumstances, Ancelotti will improvise. Five players from Real’s second team are part of his plans for Cadiz. Goalkeepers Luis Lopez and Toni Fuidias and outfield players Miguel Gutierrez, Antonio Blanco and Peter have been included and part of them might even get the chance to play on Sunday evening.

There will be another new face around. Winger Dani Ceballos completed his recovery following an injury at the Olympic Games this summer and is available for selection. Should he play, Ceballos will wear the Real Madrid shirt for the first time since April 2019, when he featured in the 1-0 loss to Rayo Vallecano. Ceballos spent two years on loan at Arsenal between 2019 and 2021.

Ancelotti confirmed that Eden Hazard will start against Cadiz. The Belgian superstar has battled inconsistency and injuries since moving to Real Madrid from Chelsea for $115 million in 2019. This season, he was part of the first 11 on just four occasions. Hazard has a fresh chance to impress his manager and the Real Madrid faithful. Bookies have Hazard scoring at any time during the clash at +130. A brace from the talented attacking midfielder is at +700, while a hat-trick returns +2,900.

Even without an important group of players, Real are regarded as firm favorites to beat Cadiz. La Liga’s leaders are at -500 to win, with second from bottom Cadiz at +1,100 to leave Madrid as the winning team. A draw is at +650. Before the clash, Real keep a five-point gap from second-placed Sevilla, who came out 2-1 winners over Atletico Madrid on Saturday evening. Real’s lead at the top could extend to eight points, but Madrid will have played a game more than Sevilla at the end of the current round.

3-2 winners at home to Elche, Barcelona sit seventh in the league, with 27 points. 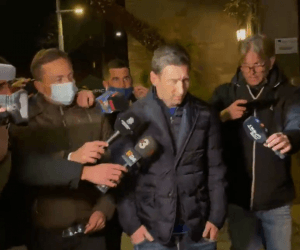