Sports betting doesn’t exist in a vacuum. All kinds of outside influences affect the games, the players, and ultimately the outcome. Yes, a bit of math is always necessary, but a more robust understanding of the risk-reward world we live in can improve your odds in nearly every aspect of life. So this year as the NFL season kicks off, before reading another book promising you the next Atkins Diet of wagering systems, consider these non-gambling books for some valuable perspective on sports betting as just another part of life. 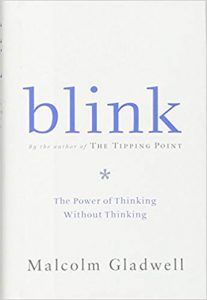 Blink: The Power of Thinking Without Thinking by Malcolm Gladwell

Malcolm Gladwell is most famous for his book: The Tipping Point: How Little Things Can Make a Big Difference. Tipping Point is a great read, but for gamblers I would recommend his (2007) follow-up  Blink: The Power of Thinking Without Thinking If you have ever wondered how some gamblers seems to have an inspiration to take a certain side of a wager. If you yourself have those moments but perhaps don’t always act on them, this is the book for you. Call it a hunch or call it a blink, Gladwell shows how to explore the moments of insight we all have, but often ignore.

When do we go with that sensation that you’ve got something no one else has? Do we trust your instincts even when the numbers go the other way? When is it right to bet against the crowd?

Read Blink and you will find you have more confidence with your against the grain moments. You might even learn to call them up when you most need them.

The Science of Luck and Probabilities

The Black Swan & Fooled by Randomness by Nissim Nicholas Taleb

What could be better than predicting a highly improbable event in sports. One with the odds against your choice. Nassim Nicholas Taleb’s book won’t give you odds on the World Cup or insight into the next NBA super team. But you will be sensitized to look for predictable randomness in the gaming world. Such seemingly random events usually exist hugely against the odds. 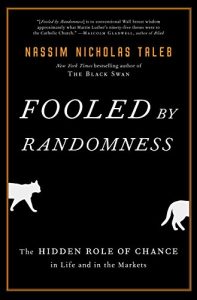 There are two quite different but valuable books by Nassim Nicholas Taleb. The first is his New York Times bestseller The Black Swan (2010, 2nd Edition).

A black swan is a highly improbable event with three principal characteristics: It is unpredictable; it carries a massive impact; and, after the fact, we often concoct an explanation that makes it appear less random, and more predictable, than it was.

The Black Swan is only one book in Taleb’s Incerto series, which is ‘an investigation of luck, uncertainty, probability, human error, risk, and decision-making in a world we don’t fully understand.’ The book you really want to read is Fooled by Randomness (2008).

Fooled by Randomness will change the way you think about predictability and odds. Taleb experience as a Wall Street trader left him with observations he shares in business and the world. This book will change your ideas on both skill and luck and leave you with a better understanding of both.

The most recognizable character in Fooled by Randomness is the lucky fool who happens to be in the right place at the right time–he embodies the ‘survival of the least fit.’ Amazon Review

Taleb shows just how random the world can be, but also how we can play within that randomness to our advantage. And perhaps discover how to be that lucky fool who knows something everyone else doesn’t. 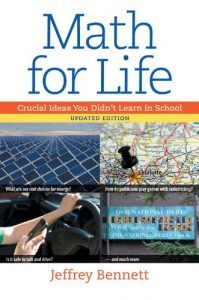 Math for Life by Jeffrey Bennet

Yes, there is some math but this is not the usually plusses and minuses. We all know or should know the basics but math is not just numbers.

Jeffery Bennett gives us Math for Life: Crucial Ideas You Didn’t Learn in School (2013). While Bennett uses examples like the national debt or talking on a cell phone while driving, he is pointing out that we all may be using math poorly. First, we get the numbers then we follow them or believe them or ignore them. What we don’t do is logically follow the path of reasoning to gain the best and highest answers to our questions.

Tim Lavalli holds a Ph.D. in psychology and has focused his work on the mental aspects of competitive games. He co-authored Check-Raising the Devil, the autobiography of poker pro Mike Matusow. In his spare time he reads a lot. You can follow him on Twitter @timlavalli.