Bodexpress, who went from comedic punchline to Grade 1 winner, was retired late Sunday night, nine days after the biggest win of his career.

Trainer and part-owner Gustavo Delgado tweeted out a message late Sunday night that the colt suffered “a career-ending injury.” That injury was described as a swollen leg.

“With great regret, we announce the retirement of Bodexpress,” the tweet read. “He suffered a career-ending injury while winning the G1 Clark Handicap. A very talented colt who finally showed his potential at (Churchill Downs). Thank you Bode for the journey and the memories.”

With great regret, we announce the retirement of Bodexpress. He suffered a career ending injury while winning the G1 Clark Handicap. A very talented colt, who finally showed his potential at CD. Thank you Bode for the journey & memories. To his fans, Thank you for your support!!! pic.twitter.com/SreWXTUOcB

That victory was the biggest of Bodexpress’ career. Going off at 11/1, Bodexpress held off furious rallies from 8/5 favorite Code of Honor, Owendale, and Coastal Defense to win his first Grade 1. Rafael Bejarano, one of the most underrated riders in the country and a multi-meet winner at Santa Anita and Del Mar, piloted Bodexpress to victory. It came with a 103 Beyer Speed Figure, 111 Equibase Speed Figure, and a $25.40 payday for a $2 win ticket.

Speaking of riders, before his Clark victory, Bodexpress was primarily known for throwing John Velazquez during the opening moments of the 2019 Preakness Stakes. Afterward, the riderless horse ran amok on a joyride around Pimlico before outriders reined him in.

This illustrated how much the son of 2012 Kentucky Derby runner-up Bodemeister matured over his career. Bodexpress enjoyed a modest career that was on the upswing, with victories in his last two races: the Clark and an 11-¼-length romp in an October allowance optional claiming race.

One of those was Bodexpress’ second-place finish to Maximum Security in the 2019 Florida Derby. That got him into the Kentucky Derby as an also-eligible before he broke his maiden. When Omaha Beach scratched, Bodexpress took his spot. There, he officially finished 13th after Maximum Security’s disqualification.

After that Preakness misadventure, it took Bodexpress five months to break his maiden. The Delgados dropped him from Grade 1 races to a maiden special weight, producing his first win in October 2019. Bodexpress followed that with an allowance triumph last November that produced his career-best 116 Equibase.

An Example of a Horse Getting Better Every Race

Bodexpress returned to stakes competition with a third in the Grade 3 Harlan’s Holiday last December. He followed with a respectable fifth in this year’s Pegasus World Cup Invitational. After an 11th in February’s Grade 2 Gulfstream Park Mile Stakes, Bodexpress never missed the board again. He posted his two career-ending victories, a second, and two thirds over his final five races.

Bodexpress’ stud plans are a work in process. Unlike most graded stakes winners, his rights weren’t sold to a breeding farm before his retirement.

Bode, is currently at the farm in Ocala, while we finalize stallion plans. We look forward to watching your babies run in the future. #bodexpress pic.twitter.com/QgmiVxPCSj 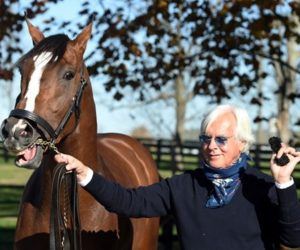 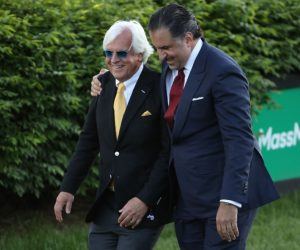 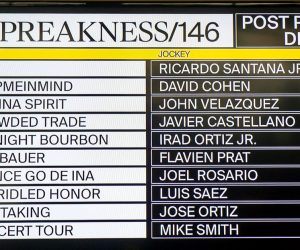