Opening Day is the earliest it has ever been, with teams in action on March 28, and that doesn’t give those wanting to put down money on MLB season prop bets much time.

Several sportsbooks have put out a list of win totals for all 30 teams, as well as odds on which teams will win their respective divisions, and the chances of them making the playoffs.

We took a look at some of the more interesting proposition bets, and make our picks for the 2019 season.

Before Bryce Harper signed with the team, Philadelphia was at 86.5. Then the superstar agreed to play for the Phillies and the number went up to 89.5.

The problem is the National League East is one of the toughest divisions in baseball. The New York Mets, Atlanta Braves, and Washington Nationals all improved their lines ups and rotations for this year.

The Phillies finished with 80 victories last year, while the Braves had 90 and the Nationals had 82. It will be a dogfight in this division, and we don’t think Harper is worth three more wins.

The Cubs are in the National League Central, which is one of the most competitive in baseball. The Reds, who finished last in 2018, made moves to get better, as did Pittsburgh, St. Louis, and Milwaukee.

Conversely Chicago didn’t do much in free agency, or trades, and could fall down the division. They won 95 games last year, but will struggle to get to 90 this season.

We are banking they fall hard this year.

The Atlanta Braves are in a tough division, and Bryce Harper going to Philadelphia makes the Phillies a contender, but the Braves have the basically the same team in tact that got them to the playoffs last year.

They also added catcher Brian McCann and third baseman Josh Donaldson. They might not repeat as National League East champions, but they should get a wild card spot.

Take the Braves to make the playoffs.

We aren’t picking on Chicago, but they do look extremely vulnerable. They are depending on Yu Darvish, who was hurt last year. But even when he was healthy, he wasn’t as dominant as in years past.

That coupled with the fact that Chicago’s National League Central rivals all made moves to improve, might spell doom for the Cubs.

Take the Cubs not to make the playoffs.

Oddsmakers believe Oakland will come crashing down after grabbing a wild card spot last season. They did lose pitcher Edwin Jackson, but still have a decent rotation, led by Mike Fiers and Marco Estrada.

Letting Jed Lowrie and Jeurys Familia get away in free agency is a concern, but if Jurickson Profar can fill in, then the team has a chance to return to the playoffs.

They won’t win 97 games like last year, but should do enough to grab a wild card spot. 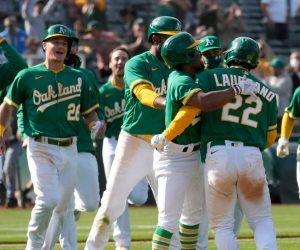 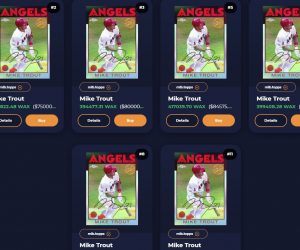