Sources cited by Passan said that Wheeler chose the Phillies offer over a slightly larger contract from the Chicago White Sox.

Wheeler is coming off two consecutive strong seasons for the New York Mets, which made the 29-year-old one of the most sought-after free agents in the league this offseason, especially since he wasn’t likely to command an astronomical price. In 2019, Wheeler went 11-8 with a 3.96 ERA for the Mets. He struck out 195 batters in 195.1 innings, both career highs.

By moving from the Mets to the Phillies, Wheeler could help determine the balance of power in the NL East. While the Mets had a surplus of quality starting pitching, the rotation had been a weak point for Philadelphia, which finished 81-81 and well out of the playoffs after coming into the 2019 season among the favorites to win the World Series.

The Phillies are once again commanding a fair amount of respect ahead of the 2020 season. Philadelphia (+1700) is the eighth choice to win the World Series at FanDuel Sportsbook, behind the trio of favorites: the Houston Astros (+500), Los Angeles Dodgers (+600), and New York Yankees (+600). The Mets are slightly further down the list at +2200.

The consensus top three players from this year’s free agency class – Anthony Rendon, Gerrit Cole, and Stephen Strasburg – all remain unsigned, though there are rumors about each of the prized stars.

According to a report by ESPN’s Buster Olney, people close to Rendon say he is looking for something in the range of a five-year deal, rather than an extended contract that effectively would last the rest of his career, like Manny Machado and Bryce Harper looked for last year. Both the Dodgers and the Texas Rangers have already met with the third baseman, who hit .319 with 34 homers and 126 RBIs last season.

29-year-old starter Gerrit Cole is the biggest pitching prize of the offseason. Cole went 20-5 with a 2.50 ERA for the Astros last season, and could potentially earn a record contract for a pitcher. While there has been speculation that Cole would like to live near his home in California – he has already had meetings with the Angels and Dodgers – Cole has denied that, and has also taken a meeting with the Yankees.

The Yankees are also said to be in on Strasburg, though they have a lot of company. The Phillies have been linked to the long-time Nationals starter, as have the Dodgers and the San Diego Padres, while Washington hasn’t given up on holding on to their ace. The 31-year-old Strasburg is coming off an 18-6 year in which he posted a 3.32 ERA. 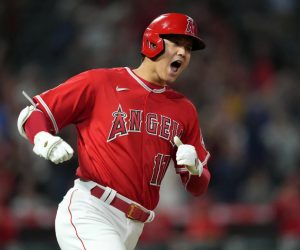