The United States once again survived a difficult challenge from a European opponent, beating England 2-1 to advance to the finals of the Women’s World Cup.

The match marked the third consecutive 2-1 victory in knockout stage play for the Americans, who had previously scored wins over Spain and France by the same score.

Christen Press opened the scoring for the United States in the 10th minute, taking a cross from Tobin Heath and heading it past English keeper Carly Telford.

But England soon recovered from its shaky start. Ellen White took a cross from Beth Mead, finishing at the near post to tie the match in the 19th minute. That marked the fifth straight match in which White has scored for England.

But the United States, which came into the match as the clear favorite, continued to generate chances against the struggling England defense, and the Americans responded just over ten minutes later. This time, it was Alex Morgan who scored her sixth goal of the tournament on a cross from Lindsey Horan, easily converting on an open header to give the United States a 2-1 lead.

In the second half, it was England that took control of the game and seemed to generate all of the best chances. With less than a half-hour remaining, it appeared that White has scored a second goal, taking a gorgeous pass from Jill Scott down the heart of the American defense. But VAR made its presence felt, showing that White was offside by what looked to be less than a foot, enough to have the goal overturned.

But in the 78th minute, England was given a lifeline again, as White appealed for a foul by Becky Sauerbrunn after she appeared to simply whiff at a ball played to her feet deep inside the box. But replays showed that while Sauerbrunn’s contact was minimal, it came directly to White’s foot as she was attempting to kick the ball, necessitating a penalty.

Steph Houghton stepped up to the spot to take the kick. But her soft shot to the left side of goal was read the entire way by Alyssa Naeher, who comfortably made the save to preserve the USA lead.

“That was her shining moment,” USA manager Jill Ellis said in an on-field interview after the match. “What a freakin’ stop, that was unbelievable.”

England suffered a further blow to its hopes in the 85th minute, when Millie Bright went studs up into Morgan on a poor tackle. While the referee opted to award a yellow card rather than a straight red, it made no practical difference: Bright was already on a yellow and was sent off, leaving England to play with 10 women for the remainder of the match.

Down a player, England continued to try to press forward, but predictably had difficulty maintaining possession and generating chances. After seven minutes of stoppage time, the final whistle blew, sending the Americans through to the final.

The United States will now await the winner of the Netherlands vs. Sweden semifinal, which takes place on Wednesday. The USA will be an overwhelming favorite to capture its fourth Women’s World Cup title, with FanDuel listing the Americans at -500 to win the tournament immediately after the win over England. The Netherlands is listed at +500, while Sweden is +850.

The Women’s World Cup final will take place in Lyon on Sunday, while England will take on the loser of the Netherlands vs. Sweden match in the third place match on Saturday in Nice. 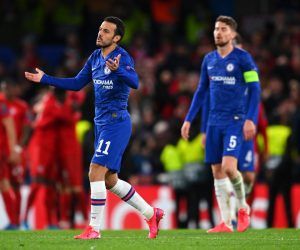 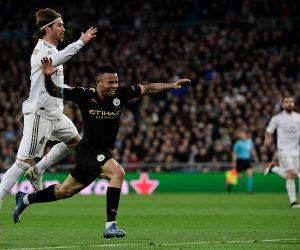 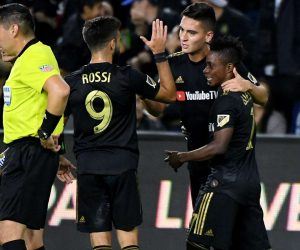 MLS is Back Tournament: LAFC Leads Contenders Heading into Quarterfinals