Newcastle’s loss to Tottenham over the weekend was Steve Bruce’s last game in charge of the team. The 60-year-old manager was sacked today. He will receive an $11 million pay-off.

Bruce was facing the ax even before the Tottenham game, but was finally allowed to sit on the bench for the 1,000th game in his managerial career. The Saudi-backed takeover at Newcastle aims to transform the club into a Premier League contender. Transfer funds will be made available starting January. The club is now on the hunt for a new coach, but also a chief executive and a sporting director.

Bruce lasted for 97 games at Newcastle, winning 28, drawing 28, and losing 41. His win rate stands at 29%. With Bruce on the bench, Newcastle finished 12th in the 2019/20 campaign and 13th last season. They are now in 19th and winless in the opening eight rounds of the Premier League.

Bruce: ‘I hope the new owners can take Newcastle forward’

Talking to Newcastle Untied’s website after his sacking, Bruce said he was grateful for the opportunity to coach a “unique football club.” Bruce now wants the new owners to help the club get to the next level.

“This is a club with incredible support, and I hope the new owners can take it forward to where we all want it to be. I wish everyone the very best of luck for the rest of this season and beyond,” Bruce said. “I am grateful to everyone connected with Newcastle United for the opportunity to manage this unique football club,” the manager added.

Graeme Jones will be in charge of Newcastle’s trip to London for the game against Crystal Palace on Saturday. Jones will serve as interim coach. He had been part of Bruce’s coaching staff and also contributed to England’s preparations for Euro 2020 this summer under Gareth Southgate.

What next for Newcastle?

An initial $70 million is expected to be made available by the new owners for the January transfer window. It’s thought that if a good opportunity presents itself, Newcastle could go even deeper into its new pockets. The transfer funds could go as high as $275 million in case of immediate need. FC Barcelona’s Philippe Coutinho and Juventus duo Adrien Rabiot and Aaron Ramsey are on Newcastle’s wishlist.

With a fortune estimated at $440 billion, the Saudi Royal family could transform Newcastle United into the richest club in the world. Before making any big transfer decisions, Newcastle needs to appoint a new manager. Former AS Roma boss Paulo Fonseca is the bookies favorite for the job, at -188. Eddie Howe follows at +450.

Also a free agent since leaving Dortmund last season, Lucien Favre is third in the race at +700. Steven Gerrard is at +1800, while Frank Lampard stands at +2000. Of the five, just Gerrard is under contract right now, working for the Glasgow Rangers in the Scottish Premier League.

Following the $420 million Saudi takeover, Newcastle’s board includes the governor of the Saudi Public Investment Fund, Yasir Al-Rumayyan. Also on the board are Jamie Reuben, the son of David Reuben, who owns 10% with his brother Simon, and Amanda Staveley, who also owns 10% of the club. 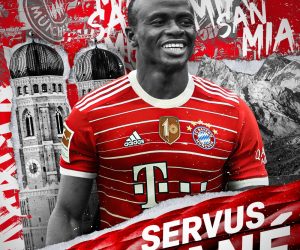 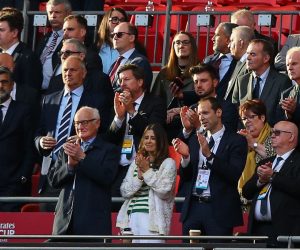