Erling Haaland will join Manchester City on July 1. The English Premier League leaders confirmed the deal through an official statement.

According to The Athletic, City will only pay a fee of $65 million for his services, almost a third of what Chelsea was planning to bid in 2021 to acquire the Norwegian. Thanks to a clause in his contract, Haaland was able to move at a much lower price than his market value.

Ben Ransom discusses the reasons behind the £51m deal. pic.twitter.com/kqhbpJxt6s

Haaland, 21, joined Borussia Dortmund in January 2020. Real Madrid, FC Barcelona, Bayern Munich, Manchester United, and Liverpool were also after him this summer, with the player letting Dortmund know of his intentions to leave.

“Manchester City can confirm that we have reached an agreement in principle with Borussia Dortmund for the transfer of striker Erling Haaland to the Club on 1 July 2022,” a City statement read.

In order to replace the Haaland goal-machine up front, Dortmund confirmed the transfer of German forward Karim Adeyemi from Red Bull Salzburg.

Erling is the son of former Leeds and City defender Alf-Inge Haaland, who is now representing him alongside the late Mino Raiola’s firm. Haaland Jr. started his career in Bryne, then moved to Molde in Norway, before securing a deal in Salzburg. At Dortmund, Haaland scored 85 times in 88 games and assisted 19, breaking record after record and becoming one of the most sought-after players in world football.

Apart from buying him out of his deal with Dortmund, Manchester City will pay Haaland a $40 million per year salary until 2027, making him the highest earner in the Premier League. Haaland’s transfer will also bring a $35 million commission to his dad, Alf-Inge, and a further $55 million to the agency that belonged to Mino Raiola until his death last week. Forty-five million will come from City while $10 million will serve as a loyalty bonus and will be paid by Dortmund. The total cost of the Haaland operation will surpass $350 million.

So far in his senior career, Erling Haaland featured in 199 games, netting 149 goals and assisting another 38. In his 19 Champions League games, Haaland scored 23 times. He has the best minutes per goal ratio in UEFA Champions League history, scoring every 64 minutes, on average. The Norwegian has 61 goals and 15 assists in just 66 Bundesliga matches for Dortmund. Despite suffering three injuries this season, Haaland came back with the same hunger and never dropped his level.

“It’s a brilliant signing. Not only for Manchester City, but for the Premier League as well,” Sky Sports expert Jamie Carragher believes. The Liverpool legend is eager to see how Haaland will do in the City shirt. “We’re all intrigued to see how he’ll do. It’s him and Mbappe. You feel they are the next two superstars to eclipse Messi and Cristiano Ronaldo.”

"It's a great signing, not only for Manchester City but for the Premier League" @Carra23 gives his thoughts on #MCFC agreeing a deal for Erling Haaland 👇 pic.twitter.com/aoikIoHEDR 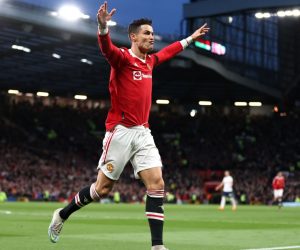 Ronaldo Offered to Barcelona by His Agent, as Star Looks for Way Out From Manchester United

Real Madrid Dreams of Signing Haaland in 2024, With Benzema to Lead Attack for Two More Years