They ran the Remsen Stakes, a Grade 2 race for 2-year-olds at Aqueduct on Saturday. Forget that the Remsen hasn’t produced a Kentucky Derby winner in 25 years because, despite that, the race impacted this week’s Kentucky Derby futures markets.

How big an impact? Not only did Remsen winner Brooklyn Strong have his odds carved, but all five horses who ran the Remsen watched their odds move – regardless of their finish.

Brooklyn Strong, who picked up his third victory in four starts when he rallied for a neck victory over Ten for Ten in the Remsen, checked in at 90/1 in Circa Sports’ Kentucky Derby Futures Board. Risk Supervisor Paul Zilm opened the gelding at 200/1 when he unveiled Circa’s board last week.

New York-bred Brooklyn Strong — who won the Remsen at 7/1 — has already earned his keep. A $5,000 purchase at the Ocala Breeders’ Sale as a 2-year-old in training, Brooklyn Strong banked $195,000 in his four starts. He owns three wins and a third in those starts. But before majority owner Mark Schwartz plans his Kentucky Derby victory party, a history lesson is in order.

Circa’s list now sits at 172 horses after Zilm removed Princess Noor from the board. Once 500/1, the filly retired Sunday after suffering an injury in Saturday’s Starlet Stakes at Los Alamitos.

William Hill’s list is up to 141. That book added Warrior’s Pride at 150/1 after he won an allowance at Gulfstream Park by nearly five lengths. That was his second victory. And Pioneerof the Nile progeny, Weyburn, debuted at 125/1 after a maiden-breaking win at Aqueduct.

Holding up his customary spot as the longest of long shots is Valiant Thor. William Hill jacked up his odds to 500/1 after he finished seventh by more than 13 lengths in a $16,000 claimer on Saturday at Tampa Bay Downs. Circa lists him at 300/1.

Since winning his debut July 1 with a 97 Equibase Speed Figure, Valiant Thor has finished eighth, eighth, seventh, and seventh in his next four. Twice, he’s recorded a zero Equibase, including his start before that — a November $25,000 claimer at Gulfstream Park West.

Hot Hand Pletcher Driving Dynamic One Into the Suburban 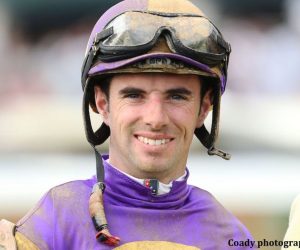 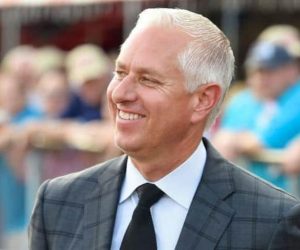