Philadelphia police officials announced Monday that Philadelphia Flyers mascot Gritty did not commit assault against a 13-year-old boy during a November event at the Fargo Center.

Flyers season ticket holder Chris Greenwell had accused Gritty – or, rather, the person portraying the mascot – of punching his son, Brandon, after the boy took a photo with the mascot.

Greenwell filed a police complaint on Dec. 21, and provided The Philadelphia Inquirer with documents from a chiropractor who had diagnosed Brandon with a “contusion to lower thoracic spine with subluxation.” He claimed that Brandon had patted Gritty on the head and walked away before the mascot took a running start and punched the boy.

Police shared few details of their investigation, but did not find that the incident constituted a crime.

“That investigation, which has been completed and is no longer active, determined that the actions of the individual portraying the Flyers’ mascot did not constitute physical assault as alleged,” the Philadelphia Police Department said in a statement.”

The Flyers conducted their own investigation, with the team saying they found no evidence that the incident took place as described.

“We are pleased that the Philadelphia Police Department concluded there was no merit to the alleged claim,” the Flyers said in a statement. “The police department’s statement confirms our thorough internal investigation that found no evidence of the described actions ever having taken place.”

Greenwell responded to those statements by saying that he stands by what he initially said about the incident.

“I respect the police’s decision, but I stand by what my son told me and what I saw, and I just want to put this behind me,” Greenwell told The Inquirer. “Any parent would have done the same if they were in the same situation.”

The Flyers have protected the identity of the individual who was portraying Gritty at the event in question.

From Freak to Legend

The Flyers thrust Gritty upon the world on Sept. 24, 2018. The sports world initially reacted with confusion upon seeing the large, orange creature that didn’t seem to resemble any known animal or mythical being.

Am I doing this right? pic.twitter.com/p3EQZzvYbD

That bewilderment soon turned to fascination. Gritty became perhaps the most popular mascot in American sports, making appearances on television shows and becoming the subject of countless memes on the internet.

Gritty has eschewed traditional, family-friendly mascot behavior, instead often pulling pranks on those he is interacting with. Gritty’s official bio on the Flyers’ website even describes him as having some bully tendencies.

Only Gritty puts baby in a corner. pic.twitter.com/lJxJ9PrEzn

“He’s loyal but mischievous; the ultimate Flyers fan who loves the orange and black, but is unwelcoming to anyone who opposes his team,” the biography reads. “He has some oddities that are both humorous and strange … that being said, there’s no denying that he’s one of our own.” 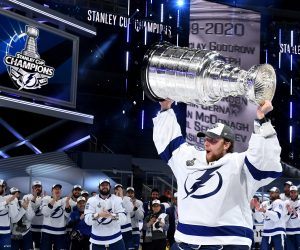 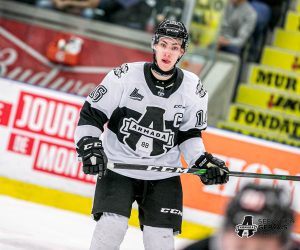