The United States men’s national soccer team (USMNT) is still trying to recover from failing to reach the 2018 World Cup, the first time since 1986 that the USA hasn’t participated in the world’s largest sporting event. The process of rebuilding the program begins in earnest on Tuesday night, as the US men play Guyana in their first match of the CONCACAF Gold Cup.

The tournament represents the first major event for the team since Gregg Berhalter took over as the US men’s coach, and provides an opportunity for the program to show that it is again headed in the right direction after the failures of the previous World Cup cycle.

The United States shouldn’t have any trouble in its match against Guyana, which is making its first appearance in the regional tournament. FanDuel sportsbook lists the USMNT as a prohibitive -8000 favorite, and it would be stunning if the team didn’t walk away with a win, likely by multiple goals, as the USA is favored by a four-goal margin.

But the Americans will then have to face Trinidad and Tobago in its next match, then will wrap up the group stage by facing off against Panama. When the USMNT is right, these are teams that it is heavily favored to beat. But in the final round of World Cup qualifying, the United States lost its last match to Trinidad and Tobago, allowing Panama to take a spot in Russia last year.

Pressure is already growing on the USMNT to produce results. The USA women’s squad is off to a dominant start in France at the Women’s World Cup, raising the bar for American soccer expectations. Meanwhile, the men have lost their last two exhibition matches to Jamaica and Venezuela earlier this month. That means both Berhalter and his players will face added scrutiny should they fail to perform at the Gold Cup.

“There will be some nerves, but for us it’s just about continuing to make progress throughout this tournament,” Berhalter told reporters after a training session last week. “I think part of our profession is playing under pressure, playing in big events, and this is a great opportunity for us to learn.”

The United States has had recent success in the Gold Cup: it is the defending champion and has won two of the past three tournaments. But the US roster only includes seven players from the team that won the previous Gold Cup in 2017, and there are injury concerns, as Tyler Adams, John Brooks, and DeAndre Yedlin are all out of action.

Perhaps knowing the amount of pressure on his team, Berhalter has tried to control expectations.

“I don’t think we’re favorites in this tournament,” he said at a pre-tournament press conference. “For us, it’s just managing it step by step, not getting ahead of ourselves. At the end, hopefully having something we can be proud of.”

Oddsmakers agree with Berhalter’s assessment, at least to an extent. According to European bookmaker Betway, Mexico (Even) is the top pick to win the Gold Cup, following closely by the United States (15/8) with third choice Costa Rica (15/2) far behind the top two teams in the region. Historically, those two nations have dominated the competition: Mexico has seven of the 14 Gold Cup titles, while the United States has six. Canada is the only other team to have won the event, doing so in 2000. 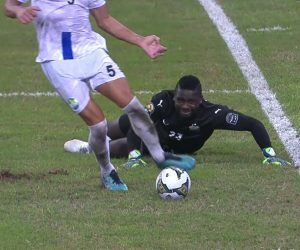 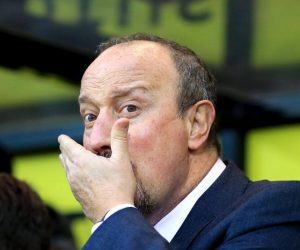