Rafael Nadal comes into the French Open as a heavy favorite to continue his clay-court dominance and pick up his 11th career title at Roland Garros.

According to William Hill, Nadal is a 2/5 favorite to defend his title at Roland Garros, far ahead of anyone else in the field.

No Federer, No Problem

While Nadal will have some challengers at Roland Garros, his biggest rival is sitting the tournament out. Roger Federer hasn’t played at all during the clay-court season, choosing instead to rest up for the remainder of the calendar year instead.

While that’s may be disappointing for fans who want to see more showdowns between two of the greatest players of all time, Rafa says it won’t make the tournament any less meaningful for him.

“When I am winning and other players are not playing for some reason, that’s all,” Nadal told reporters. “It’s bad news for the tournament but not for myself if I win. For me, the victory means exactly the same.”

Even Federer would be a substantial underdog to Nadal in the French Open, and without the 20-time Grand Slam winner in the field, it’s hard to see anything short of an injury or a once-in-a-lifetime performance from someone else in the field denying him a title.

Who would come up with that effort, if it were to happen? The most likely candidate is Alexander Zverev (7/1), who won the Madrid Open, the only significant clay-court title not claimed by Nadal this season. Zverev is now the No. 3 player in the world, and comes in as the No. 2 seed at Roland Garros.

Also in the running are Dominic Thiem (10/1) and Novak Djokovic (10/1). While many fans are waiting to see if Djokovic can make a return to world-class tennis, Nadal says he never left.

“Novak is one of the best players of our history of this sport,” Nadal said. “Sometimes when you come back from injuries it’s difficult to play that well from the beginning, but he played a great event in Rome, and is no doubt one of the candidates to win here.”

On the women’s side of the draw, No. 1 seed Simona Halep (11/2) and Elina Svitolina (6/1) have been installed as virtual co-favorites by bookmaker Paddy Power. Also in the running Petra Kvitova (10/1) and Maria Sharapova (12/1).

But most of the attention is on one name: Serena Williams. Although Williams (14/1) comes into the French Open unseeded – she is playing in her first Grand Slam event since giving birth to her daughter last September – she was the only competitor anyone wanted to talk about on media day.

“I think it’s so nice to have her back,” No. 2 seed Caroline Wozniacki (20/1) said. You have to play your best level, and I think, you know, having someone like Serena back, it’s keeping us all on our toes and we have to keep improving all the time.”

Singles competition at the French Open will begin on Sunday, May 27. The women’s final is scheduled for Saturday, June 9, with the Men’s final set to be played the following day. 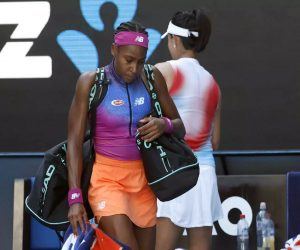 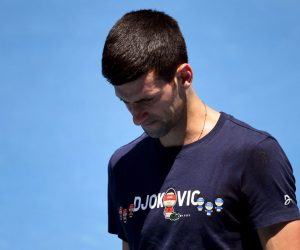